MIAMI, Florida,– Embattled Trinidad and Tobago are among 12 teams which will do battle at Inter Miami’s CF Stadium in the CONCACAF Gold Cup Preliminary Round in July. 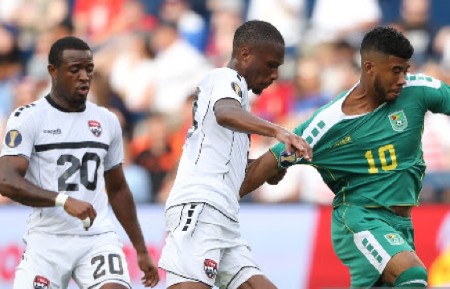 Trinidad & Tobago and Guyana, are among 12 teams doing battle for the last three Gold Cup spots.The 12-nation tournament, which will run from July 2-6 at the 18 000-capacity stadium opened last year and co-owned by former Manchester United and England star, David Beckham, will determine the last three spots for the Gold Cup set to kick off later that month.

T&T, who have endured a multitude of off-field problems over the last year, take on minnows Montserrat in the opening round.

“We look forward with great anticipation to this summer’s Gold Cup, which will undoubtedly be enhanced by this new Preliminary Round,” said CONCACAF president, Victor Montagliani.

“The past year has been very challenging in our region and our thoughts are with all the communities that have suffered. We hope the opportunity to watch the best men’s national teams in CONCACAF compete in our flagship tournament can provide fans with some hope and enjoyment.

“All 12 of the competing nations in the Prelims will get a full Gold Cup experience at the excellent Inter Miami facilities and we look forward to a great set of games.”

CF Stadium comes with a 50 000 square-foot training centre and seven playing fields 34 acres, which CONCACAF said would be ideal for the competition.

And Inter Miami CF Managing Owner, Jorge Mas, said the status of the tournament would be a natural fit for the stadium.

“We look forward to hosting the Gold Cup Prelims tournament in our stadium,” Mas said.

“Our facilities in Fort Lauderdale were built with the intent of giving our fans opportunities to enjoy the world’s game knowing that our vibrant culture and sports-centric region would be attractive for global teams and competitions.

“This is just the beginning of the great things that lie ahead.”

The group stage, which runs from July 2-3, also sees Haiti taking on St Vincent and the Grenadines, Guyana clashing with Central American side Guatemala, Cuba and French Guiana doing battle, Guadeloupe facing the Bahamas and Bermuda and Barbados tussling.

Following the opening round, the six winners will play in three second round fixtures with the eventual winners of those matches qualifying for the Gold Cup Finals.

Twelve teams have already qualified for the Gold Cup Finals courtesy of the CONCACAF Nations League with Qatar, who will host next year’s FIFA World Cup, competing as a guest team.