Multiple noteworthy Jamaican sports and entertainment figures attended a party last month in the Caribbean island, which was followed days later by an announcement that sprint legend Usain Bolt had tested positive for the coronavirus (COVID-19). 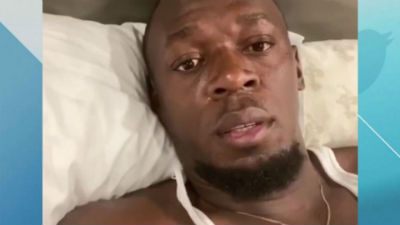 Bolt is self isolating after contracting virus.Among those reportedly at the party, held at a soccer complex as a birthday treat for Bolt, were Ricardo Gardner, a former Jamaica international soccer player, current international Leon Bailey, who plays in the top soccer league in Germany, and Raheem Sterling, a Jamaican-born England star.

Days later it was confirmed that Bolt had tested positive for the virus. He said he would go into self quarantine.

Many did not wear masks or practice social distancing at the party. The government ordered a police investigation, vowing that no one, including Bolt, would receive special treatment if it was determined they violated the law at the party.

Specific questions were raised about the presence of current overseas-based sporting figures at the event.

Sterling, for example, played for his club Manchester City in the Champions League on Aug. 15. He, therefore, could not have participated in the required 14-day quarantine after entering the island, before attending the party. The same applied to Bailey, who reportedly played for his club Bayer Leverkusen on Aug. 10 in the Europa League.