HAMILTON, Bermuda – The Bermuda Football Association (BFA) says it is preparing a report to be sent to its independent disciplinary committee after a visiting Jamaican referee, who sent off two players in a top-flight league match, was abused by players and spectators. 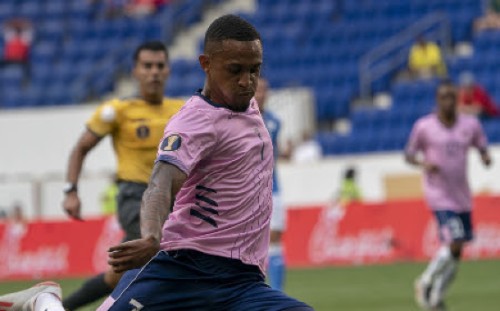 Local referees downed tools on Sunday and again in midweek, but have agreed to return for Saturday’s round of games.

Calling on members of the football fraternity to commit to tackling the issue of violence at  matches, the BFA said in a statement: “We wish to make it abundantly clear that  the BFA abhors the behavior displayed that resulted in football coming to a temporary halt.

“The reports of the incidents are being collated and the file prepared for submission to the BFA’s independent disciplinary committee to consider sanctions for any breaches and offences committed.”

Bascome got his marching orders for retaliation while Simmons was shown a yellow card for kicking the ball away after being flagged for offside, and saw red in the closing minutes for using foul and abusive language in protest.

Simmons had to be restrained after the final whistle, with Dewar and the other officials reportedly having to be escorted from the ground by security personnel, but not before some spectators showered drinks on the officials from an upper balcony of the clubhouse as they made their way to their dressing room.

The incident led match officials immediately to withdraw their services, resulting in the postponement of Sunday’s Premier Division and First Division fixtures, as well as matches in the FA Cup, Friendship Trophy and Shield in midweek.

BFA and referees’ association executives met on Tuesday night to seek a solution to the impasse.