KAMPALA, Uganda – Bermuda’s inexperienced side tumbled to a six-wicket defeat against Kenya in their ICC Cricket World Cup Challenge League B 50-overs match at the Kyambogo Cricket Ground here on Saturday. 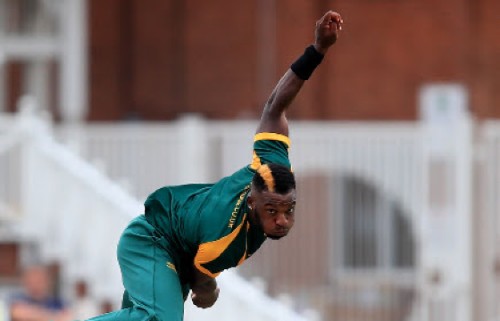 Leverock leads a 14-man Bermuda squad, which includes a number of new faces called up in the absence of a host of key players, including English county professional Delray Rawlins.

Malachi Jones, a survivor from Bermuda’s 2007 World Cup team in the Caribbean, was second highest scorer with 15 and also picked up one for 10 from four overs.

On Friday, previously unbeaten Uganda suffered a shock 62-run defeat against Jersey, the Channel Islanders owing their success largely to opener Nick Greenwood’s 80 in their 255 for six and leg spinner Dominic Blampied, the seventh bowler used, who finished with a career-best five for 18 as Uganda were bowled out for 193 in reply.

Bermuda went into the Uganda leg with one point gained from a no-result in an abandoned match against Kenya, having suffered defeats by Uganda, Jersey, Hong Kong and Italy.

Hosts Uganda topped the table after the first leg, which was played in Oman in December 2019, with a perfect record of five victories.

The third and final leg of the group stage will be played in Jersey in August.