“Don’t worry, be happy,” is more than just song lyrics. A growing body of evidence supports an association between optimism and healthy aging, but it is unclear how optimism impacts health. 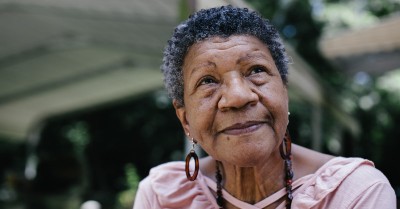 When it comes to dealing with day-to-day stressors, such as household chores or arguments with others, a new study in The Journals of Gerontology, Series B: Psychological Sciences and Social Sciences has found that being more or less optimistic did not make a difference in how older men emotionally reacted to or recovered from these stressors. However, optimism appeared to promote emotional well-being by limiting how often older men experience stressful situations or changing the way they interpret situations as stressful.

The researchers followed 233 older men who first completed an optimism questionnaire; 14 years later, they reported daily stressors along with positive and negative moods on eight consecutive evenings up to three times over an eight-year span. The researchers found more optimistic men reported not only lower negative mood but also more positive mood (beyond simply not feeling negative). They also reported having fewer stressors which was unrelated to their higher positive mood but explained their lower levels of negative mood.

While studies have increasingly supported the idea of optimism as a resource that may promote good health and longevity, researchers know very little about the underlying mechanisms.

“Stress, on the other hand, is known to have a negative impact on our health. By looking at whether optimistic people handle day-to-day stressors differently, our findings add to knowledge about how optimism may promote good health as people age,” Lee said.