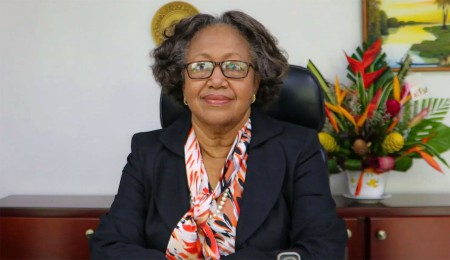 “It will be the first time as far as I am aware that the Secretary General of CARICOM will be addressing the Security Council. It is a big, big moment for CARICOM, for Africa and for Haiti and we hope this brings about a framework for real genuine stability and the sustainable development of Haiti,” said Gonsalves, one of the longest serving prime ministers in the 15-member regional grouping..

“We are trying to lay out the framework, but of course the Haitian people are the ones who will determine this,” he said, adding that Prime Minister Ariel Henry as well as other representatives of non-governmental organizations have been invited to participate in the event.

Gonsalves said that the UN meeting, which is carded to begin at 3.00 pm (Local Time) on Friday, is being convened by the three non-permanent Council members from Africa plus St. Vincent and the Grenadines.

“This particular exercise is being led by St. Vincent and the Grenadines. We are having a meeting of the Security Council done under a formula…which is a fairly informal formula. But it is the first time there is a discussion at the Security Council on Haiti led by countries other than the United States or France, or Canada or Britain.

“Obviously wherever we go we need their resources to help in the rebuilding of Haiti but St. Vincent and the Grenadines has been the lead country in this regard. We are the current chair of the Security Council for this month and we have this link between the three African countries and ourselves and they said go ahead and we have put forward a set of proposals and everything is meshing …

Haiti has been plunged into socio-economic and political uncertainty as it prepares for presidential elections following the assassination of President Jovenel Moise on July 7 and the August 24 earthquake.