PORT OF SPAIN, Trinidad – Trinidad and Tobago is observing the 177th anniversary of the arrival of indentured laborers from India, with a public holiday on Monday amid calls for a recommitment to unity among the races and religions in the oil-rich twin island Republic. 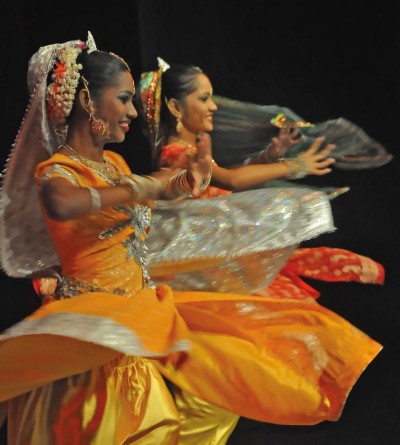 Dancers perform to celebrate Indian Arrival Day in Trinidad in 2021. (Photo credit: Edison Boodhoosingh via Discover T & T)Prime Minister Dr. Keith Rowley in a message to mark the occasion, said that since the arrival of the first Indian indentured laborers in 1847, after a three-month journey, the world has evolved radically, in profound ways, from that colonial period “to the future-smart, future-ready world of the 21st century, which is now being defined by such junctures as pre COVID -19, and a post-pandemic era with unfolding psycho-social effects.

“Some analysts are painting a bleak picture of that immediate future.  Looking at global challenges, they are holding out predictions of impending worldwide inflation, more food shortages, unsteady supply-chain situations, heightened fuel and energy prices, deteriorating climate changes, and a lengthening of the Russia-Ukraine war – the effects of which could reach the lunch plate of the average Trinbagonian family, eventually.”

He said this is in addition to the other challenges of crime, violence, human, drugs, arms, and ammunition trafficking in almost every part of the world.

“We, in Trinidad and Tobago, are a dynamic plural society which is praised for its diversity of people and their tolerance.  There is more we can continue to boast about. We can say that, despite our differences, we have maintained institutions of political liberty, and continue to work towards social equality and racial fraternity”

Rowley said today, the whole country acknowledges the cultural and religious differences of the Indian community, and more so its contribution and rightful presence in Trinidad and Tobago.

“The population recognizes the “toil and sweat” of the indentures in the early years and continues to admire the work ethic, thrift, and varied traditions of the entire community– all of which have added to the greatness of our nation.

“A new world is being birthed out of our Covid-19 experience.  As citizens, we must prepare ourselves, with the understanding that this nation cannot confront the coming challenges with divisiveness, and misinformation, designed to create political mischief and fears.”

In her message, Opposition Leader Kamla Persad Bissessar, the first woman of Indian descent to lead a government here said on arrival here the indentured laborer's “faced decades of uncertainty, unfairness, unkindness and inhumane treatment by those who told them this was a better way of life. They persisted with hope and developed a vision and a plan to better themselves.

“This hope gave them the strength to toil through the hardships they faced. They stood strong through the injustice that was often meted out against them and dedicated themselves to gaining success for themselves and for the country they now called home”.

She said almost two centuries later “we have seen the impact of their resilience, as descendants of those East Indian indentured laborers are today involved in all aspects of nation-building while East Indian culture plays a significant role in our national identity.

“It is that resilience, the same resilience which our African brothers and sisters demonstrated after Emancipation to propel themselves forward that we as a people must foster within ourselves to defeat the socio-economic burdens and other ills facing our nation today.”

She said one of the greatest gifts Trinidad and Tobago has received “has been the unity of our East Indian ancestors and our African brothers and sisters along with all others who travelled to this nation to call it home. It was this unity that has created this nation into a beautiful cosmopolitan nation where every creed and race find an equal place.

“It was that unity that allowed us to defeat the hindrances of colonialism and utilize our diversified talents to ensure success.  We must re-commit to unity among the races and religions because together we all face the same challenges, therefore as we did before, let us defeat hardship together. Division must never win.”