The Trinidad and Tobago government has called on the Surinamese authorities to either charge or release the Trinidad-based political analyst, Derek Ramsamooj, who has been in detention in the Dutch-speaking Caribbean Community (CARICOM) country since October 6. 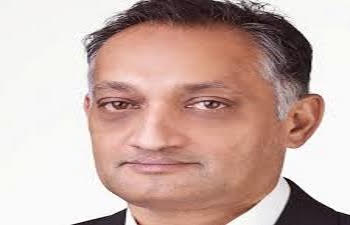 Derek Ramsamooj (File Photo)Ramsamooj, 59, who has worked for political parties in the Caribbean, including Jamaica, Guyana, Grenada, St. Lucia and St. Kitts-Nevis, was told by Suriname police on October 6 that they wanted a statement or evidence to support an inquiry into operations at the state bank (SPSB).

“Derek immediately agreed to cooperate fully and engaged me at the office in Trinidad to support whatever information requests would come. The connection said to exist between Derek and the inquiry is that his invoices were paid by the State bank,” his wife, Camille Pagee, told the Caribbean Media Corporation (CMC) earlier this week.

The Trinidad Express newspaper reported Friday that the Ministry of Foreign Affairs here has called on the Chandrikapersad “Chan” Santokhi administration in Paramaribo  to either charge or release on bail, Ramsamooj, who is also diabetic and in need of medical care.

The newspaper reported that in a Diplomatic Note sent on November 4, to the Ministry of Foreign Affairs, International Business and International Cooperation, Port of Spain made special requests with respect to the political economist.

In the Diplomatic Note, the Ministry of CARICOM and Foreign Affairs here “called on the Government of the Republic of Suriname to either charge Mr. Ramsamooj and allow him to access bail immediately, or release him and allow him to move freely in keeping with his rights and privileges as enshrined in the Revised treaty of Chaguaramas” that governs the regional integration movement.

Trinidad and Tobago is also requesting “clarification with respect to the period of time Ramsamooj can be detained without charge, that the Honorary Counsel of Trinidad and Tobago, Rudie Tjong A. Hung, be granted immediate unrestricted access to Ramsamooj pending his release or charge”.

In addition, Port of Spain wants a commitment that Ramsamooj, will be provided “consistent, adequate and appropriate medical attention”.

Pagee insists that her husband had been visiting Suriname only in the context of doing professional work. “To be very clear, Derek provides services to political parties and businesses, he does not become a member of the party. It is like providing an advertising service supported by market research. It is not a personal or ideological activity. As you can see from his history he has provided services to many parties. He is not a personal follower of any of them,” she told CMC.