NASSAU, Bahamas –Prime Minister Philip Davis Friday instructed that the Bahamian flag be flown at half-mast here and at the country’s embassies across the globe, as he led Bahamians in paying respect to the iconic actor, activist, director and ambassador, Sir Sidney Poitier, who died at the age of 94. 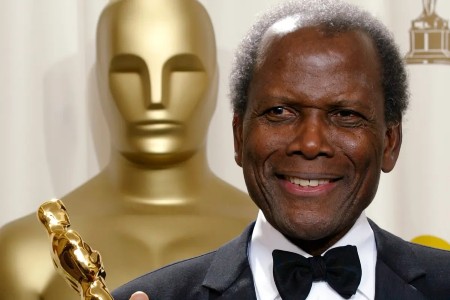 Sir Sidney Poitier, first black man to win an Oscar (File Photo)No cause of death has yet been disclosed, but Davis told a news conference that “Sir Sidney’s light will continue to shine brightly for generations to come” as he acknowledged that the world would mourn the passing of the son of the soil, who moved from picking tomatoes on Cat Island to captivate a global audience.

Davis, who extended “our deepest condolences to his family,” said even as the Bahamas mourn his passing “we celebrate the life of a great Bahamian, a cultural icon, an actor and film director, an entrepreneur, civil and human rights activist and latterly a diplomat.

“We admire the man not because of his colossus achievements, but also because of who he was. His strength of character, his willingness to stand up and be counted and the way he plotted and navigated his life’s journey.

“The boy who moved from the tomato farm of Cat Island to become a waiter in the United States. A young man who not only taught himself to read and write, who made the expression of words and thoughts and feelings central to his career,” Davis said, recalling his “rage against racial injustice through quiet dignity.

“Our country is in mourning,” Davis said, praising Sir Sidney for living up to the hallmark of the national anthem in which “we remind ourselves to see how the world marks the manner of our bearing.

“Sir Sidney’s bearing upon the world shines as among the best of us,” he added. 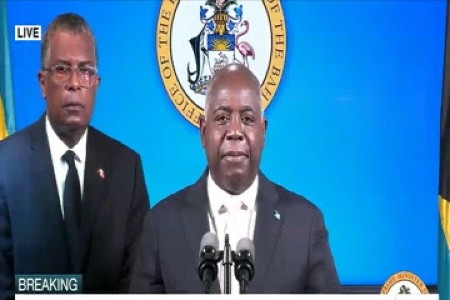 Deputy Prime Minister, Chester Cooper, in paying tribute to “an icon; a hero, a mentor, a fighter, a national treasure,” said he “was conflicted with great sadness and a sense of celebration when I learned of the passing of Sir Sidney Poitier.

Sadness that he would no longer be here to tell him how much he means to us, but celebration that he did so much to show the world that those from the humblest beginnings can change the world and that we gave him his flowers while he was with us.

“He will be missed sorely, but his is a legacy that will never be forgotten. We loved him and he knew that. Rest In Peace and Rise In Glory, Sir Sidney. Your work on this earthly realm is done. We know you are among the angels. Your rest is well deserved,” Cooper wrote on his Facebook page.

Some of his other most memorable roles include ‘Blackboard Jungle’ as Gregory Miller, a student at an interracial inner-city school; ‘Guess who’s coming to Dinner’, a daring indictment to racism as it presented a positive depiction of an interracial couple at a time when interracial marriage remained illegal in numerous states; and ‘To Sit, With Love’, an out of work engineer who takes on a job teaching an all-white class of students in the slums of London’s East End.

Sir Sidney was born on February 20, 1927, in Miami, Florida. He was born prematurely while his parents were visiting Miami, but as soon as he was strong enough, Poitier left the United States with his parents for The Bahamas, where he spent his early years on his father’s farm on Cat Island.

He was not expected to live. His mother consulted a palm reader, who assuaged her fears.

“The lady took her hand and started speaking to my mother: ‘Don’t worry about your son. He will survive,’ ” Poitier told CBS News in 2013. “And these were her words; she said, ‘He will walk with kings.’ ”

When he was 15, Sir Sidney’s father sent him to live with one of his brothers in Miami. While still a teenager, Sir Sidney travelled to New York City where he worked menial jobs to support himself, until he found his life’s passion.

In a brief statement, the Guyana-based Caribbean Community (CARICOM) Secretariat said that the 15-member regional integration movement of which the Bahamas is a member “mourns the passing of the iconic Bahamian actor and director Ambassador Sir Sidney Poitier, the first Black winner of the Best Actor Academy Award,  whose excellence opened the door for Black actors in the film industry”.

In 2012, the Bahamas government named the bridge to Paradise Island after the Oscar-winning actor, and during the unveiling, Sir Sidney reminded the children in attendance that they are the future of the country.

The then prime minister, Perry Christie, said while Sir Sidney was the most globally famous Bahamian of all time, it was not because of his fame that the re-naming occurred, but because of his philanthropy in The Bahamas and the “great things that he has done, both on the screen and off the screen throughout his life.

“You played against the stereotype, and in doing so, you broke it. Through your portraits in one film after another, you gave personal witness to the humanity, the dignity, the pride, and the self-respect of the black man,” Christie said.

“I had in mind what was expected of me — not just what other Blacks expected but what my mother and father expected. And what I expected of myself,” Sir Sidney told Oprah Winfrey, adding that earl in his career he had r made a conscious decision to reject roles that weren’t consistent with his values or that reflected badly upon his race.

He told Winfrey that as a struggling young actor, he turned down a role that paid US$750 a week because he didn’t like the character, a janitor who didn’t respond after thugs killed his daughter and threw her body on his lawn.

Last January, Arizona State University announced it was naming its new film school, The Sidney Poitier New American Film School for his contributions to the world.

Sir Sidney also served as the Bahamian Ambassador to Japan from 1997 to 2007 and, in 2009, he was awarded the Presidential Medal of Freedom by President Barack Obama.