ST GEORGE’S, Grenada,– Deputy Commissioner of Police Michael Francois said on Friday that lawmen would be on the lookout for criminals who may try to advantage of the movement of evacuees from the volcano-affected St. Vincent, to engage in illegal activities in the two islands’ maritime space. 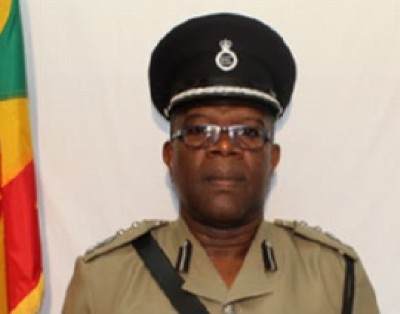 Deputy Commissioner of Police Michael FrancoisHe also made an appeal to Grenadians to be vigilant as well.

Grenada is among Caribbean countries that have offered to take in people evacuated from the danger zone near the La Soufriere volcano which erupted on Friday morning.

Francois acknowledged the possibility of criminals using the humanitarian gesture as cover to conduct illegal transactions, such as drug smuggling.

He said there would, therefore, be increased monitoring of Grenada’s coastlines by immigration, drug squad and other law enforcement officers.

“We are deploying several of our police officers to the various parishes and into Carriacou at this time,” he said during a news conference on Friday.

“We are in a state of high alert with respect to persons coming. We will want to know all who come to Grenada, who they are, what are their identities, where they are coming from, so we can do our background checks.”

St. Vincent and the Grenadines’ Prime Minister Dr. Ralph Gonsalves said earlier on Friday that Grenada, along with Dominica and Antigua, had indicated that by Monday, they would be ready to accept displaced Vincentians.