ST. JOHN’S, Antigua – Antigua and Barbuda’s Prime Minister, Gaston Browne, criticizing the trade embargo placed on Venezuela by the United States, is calling on CARICOM leaders to approach Caracas for assistance in dealing with the rising costs of energy products. 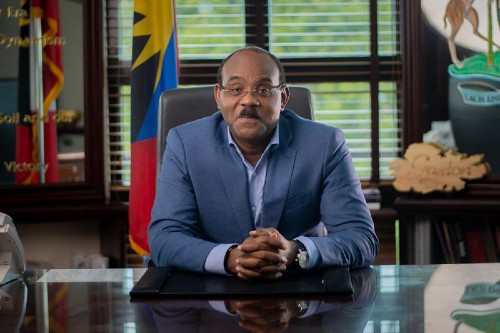 Prime Minister Gaston Browne (file photo)Browne said that the sanctions by Washington against the South American country are negatively impacting the wider region and personally he is unperturbed by the consequences of defying US threats against those who deal with Venezuela.

The sanctions restrict the Venezuelan government’s access to US debt and equity markets. It also includes the state-run oil company, PDVSA.

In August 2019, President Donald Trump imposed additional sanctions on Venezuela, ordering a freeze on all Venezuelan government assets in the United States and barred transactions with US citizens and companies.

Last month, Washington announced it was moving to ease a few economic sanctions on Venezuela in a gesture meant to encourage resumed negotiations between the US-backed opposition and the government of President Nicolás Maduro.

Browne said that given the escalating price of oil on the global market, a PetroCaribe initiative that Venezuela had in place since 2005 could be helpful in allowing the region to navigate the current situation.

Under the PetroCaribe, energy initiative launched by the late Venezuelan President. Hugo Chávez in 2005, Venezuela supplied crude oil to countries in the Caribbean region at discounted prices with those countries paying for a certain percentage of the oil, depending on world oil prices within 90 days, and the remainder is paid over a period of 25 years with an interest rate of one percent annually. Part of the cost also may be offset by the provision of goods or services

“But we are being told if we do business with Venezuela that we may be sanctioned too. Well I have said to my colleagues in the region that we should approach the Venezuelan government to ask them to assist us.

“If Venezuela sends us a shipment of petrol we will take it because people are suffering. You can’t tell me that the United States can have a carve out for countries in Europe that are not as vulnerable so Venezuela can send them products in order to wipe out a debt, but here in the Caribbean people are suffering, we can’t buy products from Venezuela?

“I mean come on man, there is something fundamentally wrong with American policies to Cuba and Venezuela, Browne said, adding that Washington cannot determine who the Caribbean trades conducts trading affairs.

“They are not only hurting Cuba and Venezuela, they are hurting others within the region …Antigua and Barbuda we are hurting today because potentially we can get products from Venezuela on concessional terms.”

Browne said with St. John’s unable to do so, Washington is “literally violating our own sovereignty to decide with whom we would want to trade.

“That is not for the United States to determine. Might is not right,” he said, adding that he had held “some very frank discussions” with President Joe Biden during the just concluded Summit of the Americas.

“I know he was not particularly pleased and as I said to him I know he is not the President of the Caribbean, which was one of his remarks to me, but he is president of the free world and he must make sure that people all over, especially in this hemisphere live and the United States should not be sustaining any form of sanctions that will hurt innocent people,| Browne added.