ST. GEORGE’S, Grenada – The Government of Grenada has announced plans to cancel all mass gathering events due to the sudden spike in cases of COVID-19 across the island. 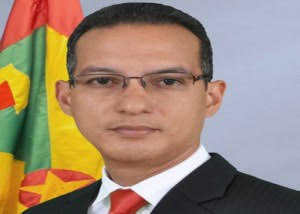 “We are asking for all social gathering to cease at least for the next week or two.”

The news conference was called to update the nation on the dozens of positive cases that are linked directly and indirectly to the Sandals Resort – one of the island’s all-inclusive properties.

“The positive cases include guests and employees, as well as their contacts. The discovery was made following proactive testing of employees and guests on Friday and Saturday, as part of the Ministry’s continuous testing of frontline staff in sectors directly related to tourism, travel and health,” said a news release that came from the Ministry of Health, just hours before the news conference.

“Given the health emergency that this situation warrants, the Government of Grenada, through the Ministry of Health, has deployed all efforts, including personnel and resources, to address this grave threat to public health, safety, order and the maintenance of medical and other supplies and services essential to life in Grenada,” said the news release which disclosed that unprecedented, aggressive efforts have been taken to further contain the outbreak of COVID-19.

“The Sandals Resort has now been deemed to be a place of screening and assessment. Entire households related to the confirmed cases have also been quarantined, and contact tracers are actively working to source other potentially exposed people in other areas of public life and activity,” the release added.

Steele told journalists that the Government has instructed the management of Sandals to redirect incoming guest and evacuate those who are COVID-19 negative from the Grenada property.

“Sandals have been given instruction to immediately move all guests of the island or redirect other incoming guests to other islands or to cancelling their trip, so we can focus purely on our people,” said the Health Minister who used the opportunity to state that a thorough investigation will be conducted to determine if there was a flaw or a breach of the existing health protocols for the operations of the hospitality industry.

The Health Minister added that the Government will not be adopting lockdown measures as was done in March as a means of controlling and containing the spread of the virus.

“We simply cannot close our borders, as a nation we recognize we do have to keep our borders open and put controls possible on this to protect our citizens here in Grenada.”

“As a government, we will try to balance as best as possible the balance between saving lives and livelihoods, but a balance must be found…COVID-19 is not going to give up easily, the battle is not lost but the battle is not yet won,” said Steele as he called on citizens to cooperate with health authorities and contact tracing teams.

Grenada, now has 26 new active cases including a ten-year child.