IDB, Canada, Colombia, and Private Companies to Support Working-Age Refugees, Migrants and Returnees in the Caribbean

BARRANQUILLA – The Inter-American Development Bank (IDB) says that it will be collaborating with the governments of Canada and Colombia, and several private companies to support working-age refugees, migrants and returnees in Latin America and the Caribbean. 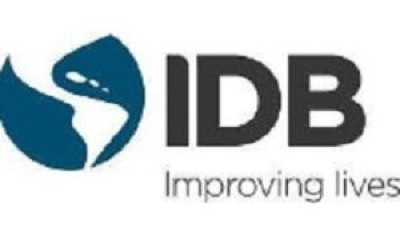 The Washington-based financial institution in a statement on Friday, said this follows discussion with all parties here on “ways to boost a regional response to the region´s migrant and refugee crisis enabling better access to employment opportunities.”

The IDB said more than 5.4 million Venezuelans have fled the economic and social turmoil in Venezuela since 2015.

It said while Latin American and Caribbean countries have provided refuge to most Venezuelan migrants and refugees, “significant development gaps remain.”

“As governments in the region focus on post-COVID19 pandemic recovery, private sector jobs will contribute to fuel growth,” the IDB added.

“Evidence has shown that most migrants, refugees, and returnees in the region are of working age, and when given the opportunity, make positive contributions to their host societies with new skills, networks, business models and entrepreneurship,” said Claver-Carone at the event, “Dignity, Inclusion and Employment: Private Sector Support for Refugees and Migrants”, co-hosted by the IDB and the governments of Colombia and Canada.

In taking an unprecedented step, the Government of Colombia recently announced that it would grant temporary protection status for 10 years for the 1.7 million both documented and undocumented Venezuelans in Colombia, paving the way for their social and economic integration.

“We are strengthening the social character of the migration policy and, with its implementation, we will draw a roadmap to regularize the population, expand supportive policies and promote their socioeconomic integration,” Duque said.

The IDB said Canada is “an important partner and donor to the regional response to the Venezuela migrant and refugee crisis, both through political engagement and the provision of humanitarian and development assistance to respond to the needs of the most vulnerable groups, particularly women and girls.”

“Canada recognizes that together, governments, civil society organizations and businesses all have a role in integrating Venezuelan migrants and refugees into their host communities. No one sector can succeed alone,” Gould said.

With more and more forcefully displaced migrants for longer periods of time, the IDB said companies have a critical role to play in helping them integrate economically in their new host communities.

“Successful integration of these populations requires not only enabling public policy, so new arrivals can access social services, housing and jobs with dignity, but also inclusive approaches from the private sector in their employment, hiring and corporate policies to support the onboarding and retention of migrants, refugees and returnees,” the IDB said.

Stein stressed that “the private sector is in a unique position to contribute not only with the mobilization of resources but also with creative solutions inherent to its innovative and entrepreneurial spirit.

“It plays a key role in strengthening the humanitarian-development link by promoting a society-wide approach,” he said. “Knowing the best experiences to be able to apply them according to the context is a very valuable knowledge management mechanism in this context.”

The IDB said it remains committed to supporting the efforts of host countries in the region.

Since 2019, the IDB said it has approved investments for US$630 million, including US$55 million in IDB grants and resources from donors.

In the framework of the event, the IDB launched MIGnnovation , a new approach linking migration and the unlimited capacity of human beings and organizations to innovate, “gathering best practices from Latin America and the Caribbean.”