PORT OF SPAIN, Trinidad – Prime Minister Dr. Keith Rowley has defended the TT$32 million (one TT dollar = US$0.16 cents) spent on restoring the Office of the Prime Minister, which he is scheduled to occupy starting this month. 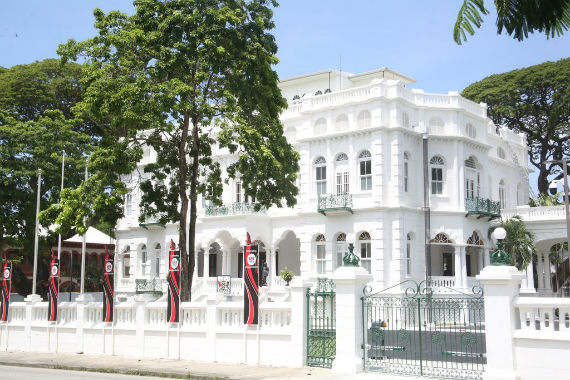 Whitehall is once again ready to accommodate the prime minister.“Symbolism is important. History is important because it connects you to who you are,” Rowley said during a ceremony late last month, even as he acknowledged that getting the funds to complete the project on the 115-year-old building, described as one of the “Seven Magnificent Buildings”, had been tough.

Whitehall, originally called Rosenweg, was a private residence until it was purchased by the government in 1954. Built in 1904, it had served as the Office of the Prime Minister dating back to the country’s first head of government Dr. Eric Williams. It was last occupied by the late Patrick Manning when he served as prime minister until 2010.

The only prime minister who did not occupy the building was Kamla Persad Bissessar, the country’s first woman head of government, who served from 2010-15.

The restoration work was undertaken by the Urban Development Company of Trinidad and Tobago (UDeCOTT).

“Today we accept from the contractors and the UDeCOTT staff, Whitehall, which the staff is beginning to move into and over the weekend they will continue and the prime minister will work here for the first time next week,” Rowley said on Aug. 29. “Next Monday, the prime minister will come here to work for the first time in a very long, long time.”

It was during Manning’s tenure that the Office of the Prime Minister was relocated after the building was found to have had leaking roofs and fragile floors.

In his address, Rowley also disclosed that the restoration work on the official residence of the president was nearing completion and that “in the not too distant future I trust that her excellency, would invite some of us to the re-occuptaion to another building, President House, which is to be re-opened and made available for the occupancy in the very near future.”

Rowley also disclosed that the chambers and floors which now house the Parliamentary chamber will be converted to civil court rooms and the restoration work on the Parliament building, known as the Red House, would be completed later this year.

“These civil courts will allow the Hall of Justice to be used solely for criminal matters,” Rowley said adding that the country would save millions of dollars by that move.