PORT OF SPAIN, Trinidad – Trinidad and Tobago celebrated its 57th anniversary of political Independence from Britain on Aug. 31. 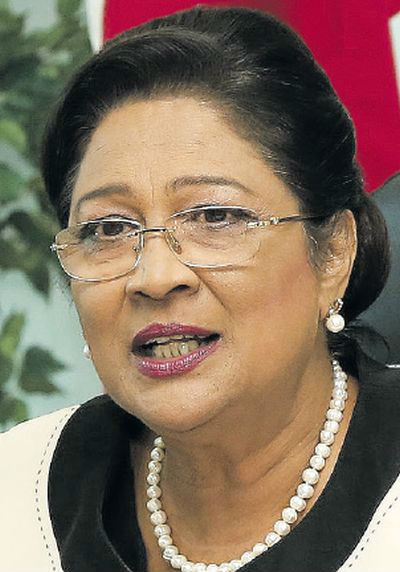 "Persad Bissessar"The occasion promised the traditional military parade. It also featured contrasting statements about the country’s future from its main political actors, especially as the country gears up for a general elections next year.

Prime Minister Dr. Keith Rowley said while there were positives to be proud of in recent times, such as the staging of CARIFESTA, there have also been “lows” on the national landscape.

“Some persons – rather ‘doomsters’ look at our daily lives, never citing our great international achievements, the beauties of life in Trinidad and Tobago or the daily struggles against our inevitable national challenges,” he said.

“Instead, they choose to purvey only stories of unnecessary bitterness, manufactured social conflict, racial tension, even gleefully predicting our collective failure.”

Rowley reiterated his administration would continue to embrace the vision of striving towards “fixing and maintaining our institutions … and (making) improvements in the quality of life, overall.”

However, Opposition Leader Kamla Persad Bissessar, who served as prime minister from 2010 to 2015, said the present administration was using the same policies as “our colonial oppressors by using the archaic charge of sedition to torment a political opponent.”