PORT AU PRINCE, Haiti President Jovenel Moise has announced plans for a national debate on a new constitution for the French-speaking Caribbean Community (CARICOM) country ahead of a referendum on the new document early next year. 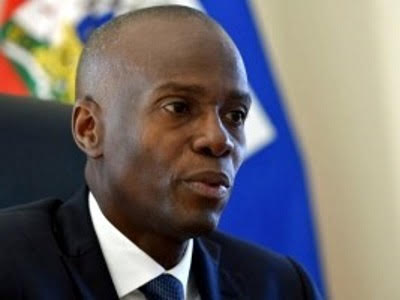 President Jovenel MoiseMoise, who had late last month, had sworn in the members of the Independent Advisory Committee for the development of the draft of the new Constitution, said that the “draft constitution will be debated.

“All citizens will have to read the text. The debates will last a month or a month and a half. After the debates, there will be a referendum on the final text between February and March 2021,” he added.

Moise had earlier recalled that he had campaigned on constitutional reforms and as a result of his victory, Haitians had voted to make changes to the existing Constitution.

He said following the referendum, regardless of the outcome, he will organize the elections for the country.

Meanwhile, the United States government is stepping up pressure on Moïse, with Under Secretary of State David Hale in a telephone call to the Haitian leader, emphasizing the need for the CARICOM country to hold overdue legislative elections as soon as possible.

Washington is also calling for Haiti’s democratic institutions to determine the proper legal mechanism for constitutional change, with input from civil society.

The Organization of American States (OAS) Secretary General Luis Almagro has told Haiti that it is “essential for institutional continuity that elections take place no later than January 2021.

Moïse has been ruling by decree since January, when Parliament became dysfunctional because of overdue elections. In September, he appointed nine members to a Provisional Electoral Council and tasked them with preparing a constitutional referendum and organizing local, municipal, legislative and presidential elections.