BRIDGETOWN, Barbados,  -A program that will lead to greater food safety in Jamaica and the region, was recently launched in Jamaica by the Bureau of Standards Jamaica (BSJ). 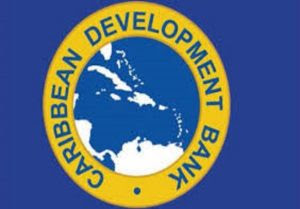 Funded by the European Union (EU) and managed by the Caribbean Development Bank (CDB) the Certification Services by the National Certification Body of Jamaica Project will build capacity at the NCBJ to offer globally accepted testing and certification support in food safety management.

The initiative will also train a cadre of persons locally to supervise existing food safety systems to maintain compliance with export requirements.

Safer food production and increased exports to new and existing markets are the anticipated results.

“These activities are part of our efforts to increase competitiveness and agricultural productivity by enabling increased market access. This is being achieved with the provision of the requisite infrastructure to enable efficient agricultural value chains recognizing its potential to tackle income insecurity. The intent, in that regard, is to expand businesses’ access to new markets and diversify their existing products in order to increase sales and revenue,” said the Director of the Projects Department at the CDB, Daniel Best.

Meanwhile, Jamaica’s Industry Minister Audley Shaw while advocating for Jamaica to produce its way to prosperity, cited the impact of the project on the country’s Micro, Small & Medium Enterprises (MSMEs) which he indicated would open doors in CARICOM and ease their navigation of trade barriers.

“The spin-offs…are job creation and increased brand visibility for Jamaica as our MSMEs penetrate new markets and deepen their footholds in others armed with certificates confirming that Jamaican goods and services are of a high quality and meet international market requirements,” Shaw said.

The EU Ambassador to Jamaica Marianne Van Steen, has also encouraged businesses to do more to ensure access to the myriad opportunities available through trade with Europe and within the region.

The EU, she added, was committed to strengthening the region’s capabilities in order to leverage the Economic Partnership Agreement (EPA).

“There is a real will and determination from the side of the European Union to ensure that the agreement can be well used. The EU is not only working on certification but also on innovation and intellectual property rights, technical barriers to trade, phytosanitary measures, customs and trade facilitation to contribute to the integration of CARIFORUM into the world economy and bolster the effective implementation of the EPA.”

She also emphasized the importance of continued and deepened partnerships and new pursuits contributing to the economic sustainability of the region.

Representatives of CARICOM and CARIFORUM who also spoke at the launch encouraged those targeted by the project in agro-processing and manufacturing to avail themselves of the impending opportunities.

In lauding the Jamaican government for its strategies aimed at the internationalization of its MSMEs, Leo Preville, Program Manager at the CSME Unit, CARICOM Secretariat, stated that the project also impacts regional integration.

“Trade is an imperative and pushing the boundaries of market access is even more critical in these unprecedented times and calls for new and improved approaches to production, marketing and distribution,” he stated.

The project, valued at EUR 194,587, will establish NCBJ as a Certification Authority for food safety, accessible to the region. It is envisioned that the private sector and consumers will benefit from the greater economic opportunities and safer food production. The sector has been challenged to export to some markets by the requirements not being in sync with current systems and processes for preparation of inputs and the quality of products.

The NCBJ and BSJ through the current project will work with the sector to address some of these gaps. It targets MSMEs primarily because the sector accounts for 80 percent of employment in Jamaica and comprise more than 90 percent of all enterprises listed on the Jamaica Tax Register. The project also has a major component focused on the economic empowerment of women within the agro-processing sector.

The Standby Facility is a EUR8.75 million resource managed by CDB, which offers opportunities to 15 Caribbean economies to grow trade; deepen integration and economic involvement; and impact competitiveness, market access, and exports by implementing targeted projects in thematic areas.