“We are a resilient people; we will rebuild”. That’s the mantra of the Bahamian people, particularly those from the northern part of the Bahamas who were most severely affected by hurricane Dorian, the category 5 storm that ripped through the The Abacos and Grand Bahama Island on September 3, 2019 then hovered for two days. Their stories are no longer front-page news, but they tell of a people determined to move forward, determined to live their best lives. 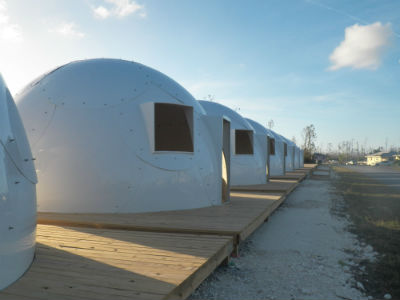 At the site of last month’s Caribbean Travel Marketplace at Nassau’s Grand Hyatt Baha Mar, the region’s largest tourism event, travel suppliers, buyers, and decision-makers came together bringing focus back to this destination that is recovering, rebuilding, and surpassing expectations. With numbers showing tourism growth and development projections, it was an easy sell for hoteliers, attractions, and other tourism companies. But, it was the personal stories of loss and hope that truly underscored the feeling of bounce back ability.

“Nobody thought it was going to be as strong as it was”, reminisced Miss Mona (name changed to protect identity). “I was in my house on Abaco when the hurricane hit. I could hear the force of the wind, then the house started to flood”.

That’s when Mona decided to make a dash for it in her vehicle. But, thankfully she didn’t have to drive far. She and others barricaded in the vehicle and headed for her workplace less than a mile away, a three-storey building. Most roads were already impassable she said, but they got there safely. The office would become her temporary home for a few weeks after Dorian. When everything was said and done and she finally went back to her home, the roof was totally destroyed along with other severe structural damage.

“I couldn’t believe it”, she remarked. “But I had my life and that was the most important thing”. 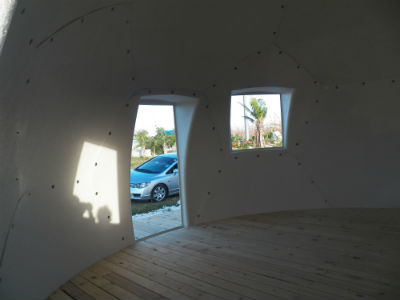 Like some in her neighbourhood, Mona’s house is still standing. But, what’s left of the roof is covered in blue tarp, some of the walls are missing or damaged, and the inside is unrecognisable to her. She has, however, already started the rebuilding process, having gotten the go-ahead from her insurance company. Like so many from the Abacos, Mona is now living in Nassau until her home is completed.

Some others didn’t fare so well; they lost everything. One woman, Nicky (name changed), was also at home on Abaco with her husband and two teenaged children.

“When the water started to rise I started panicking, we had to get out. So, we grabbed the children and drove as fast as we could to higher ground”, said Nicky.

And like many others, Nicky and her family have had to find accommodations on the big island, Nassau. She went back to Abaco for the first time since the hurricane in January. And although she had heard from neighbours that there was nothing left of her home, seeing it for the first time left her stunned. The only thing left is the foundation. She too will rebuild, but for now is taking it one day at a time. Nicky also confirmed that the schools on Abaco have not reopened because of severe damage, so her choice to live temporarily on the big island with available schooling influenced her decision to live on Nassau. 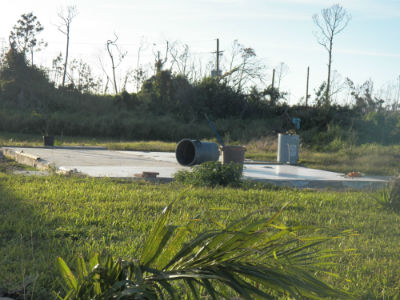 Indeed, touring the Abacos and the outer cays, we came across what looks like giant sized domes. They are in fact, temporary housing the government is putting in place to house displaced persons until their homes are reconstructed. This is part of the $6.4 million Temporary Housing project the Bahamian government started immediately after hurricane Dorian. Located in Spring City on the Abacos just south of Marsh Harbour, these sturdily constructed pods look like giant igloos, but made out of material that seem strong enough to withstand the harsh elements. The inside is big enough to house up to 4 people.

Other stories left even deeper impressions. Dave (name changed), works with heavy moving equipment and has lived on Abaco for more than 5 years. Yes, his home was damaged, but he decided to stay in the house through the renovation. What makes Dave special is his technical skills. After the hurricane he was recruited to remove dead bodies from the streets.

“This is something that I will never forget”, he said in a low quivering voice.

He is a changed man for what he has seen and experienced. But, he is not going anywhere. “Abaco is my home”.