WASHINGTON, D.C. – A fellow at a Washington-based think tank says there is a consensus among most of Haiti’s political factions and the international community, that rushing toward elections in 2022 is “unrealistic and simply dangerous for both voters and candidates.” 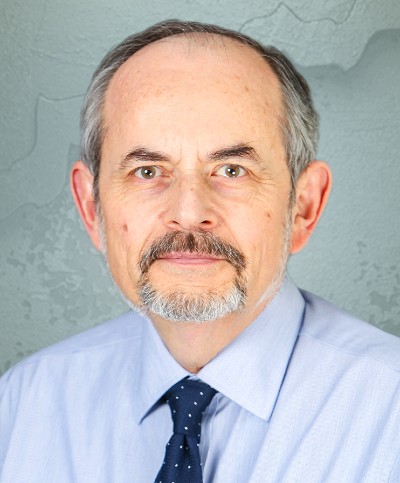 Dr. Fauriol, who is also a Senior Associate at the Washington-based Center for Strategic & International Studies (CSIS), a think tank, noted that February 7, 2022, marks the date when President Jovenel Moïse would have ended his term in office, had the president not been assassinated in July last year.

He said February 7 also marks the date when the interim government of Prime Minister Ariel Henry, who was nominated by the late president, “will lose all of its already diminished credibility” and the tenures of the remaining 10 elected members of the Senate will likewise come to an end.

“The implications of a post-February 7 vacuum point to an urgent need for a consensus,” said Dr. Fauriol Georges, a featured contributor at Global Americans, where he writes on Haiti and other countries in the Caribbean Corner. “The stand-off is between Henry and a combination of disparate political factions on one side, formalized by the September 11 Accord, and a diverse civil society and political party coalition on the other, the Commission for a Haitian Solution to the Crisis, anchored by the Montana Accord.”

Dr. Fauriol, also a member of the Think Tank Haiti (TTH) Steering Group, said opinions remain divided over whether Henry’s search for a political compromise over the past 90 days was in earnest, but added that “its outcome—notably, a cabinet shake-up and a partial purge of Moïse loyalists—appears too shallow to be politically sustainable.

“Henry’s political standing appears precarious, weakened by growing displeasure among the late President Moïse’s followers and the Haitian Tèt Kale Party (PHTK) and by the president’s failure to gather meaningful buy-in from an increasingly organized and determined coalition of civil society actors and diverse political parties,” he said.

“More broadly, what is left of Haiti’s government structure is something of a Potemkin Village, still recognized by foreign governments and pretending to provide national governance,” he added. “The reality is that it has lost control of large segments of Port-au-Prince and surrounding regions to a coalition of energized criminal gangs, who are also weighing heavily on the declining social and economic livelihoods of the Haitian people.”

Dr. Fauriol said that the civil society-backed Commission for a Haitian Solution to the Crisis has undergone internal sniping among its “somewhat fractious members,” but noted that it “occupies a key role in shaping the path forward out of Haiti’s multi-faceted crises.”

He said the gap with the Henry-led interim government widened when the Commission announced on December 12 the formation of a National Transition Council (CNT), made up of 52 civil society and political leaders.

Dr. Fauriol said the CNT’s initial task is to select the members of an executive leadership, which will preside and attempt to provide legitimacy to what amounts to a two-year transition timeframe.

He said this two-year timeframe could “take the back end of this process well into 2023 and highlights two significant debatable assumptions.”

Those assumptions are that no political hiccups occur in the interim, such as projected national and local elections, let alone notions of proposed reform of the 1987 Constitution; and that Haiti receives sustainable diplomatic, security and financial support to “this wobbly and open-ended timeline from key international actors, notably the United States,” Dr. Fauriol said.

He said the CNT’s existence outflanks Henry’s halting consensus efforts but also raises the question of how a civil society coalition could transform itself into a legitimate governing authority.

Beyond the politics of the February 7 deadline, the fellow said that practical thinking needs to emerge of how Haiti’s key actors and its international partners can pave the way toward a politically meaningful set of elections.

“To hold a credible vote, Haiti’s leaders will have to work against the shaky track record of the past three decades,” he urged, stating that Haiti’s current crisis underscores a “long-standing challenge: a political foundation that lacks a working national consensus, compounded by often incompatible expectations among key international actors.

“International engagement in Haiti has over time been paradoxically both generous in budgetary terms but also prone to political expediency over the obvious challenges of holding Haitian national leadership accountable,” he said.

Since the 1980s, Dr. Fauriol said this has translated into “a series of electoral fiascos matched up with a quasi-permanent international political and sometimes peacekeeping presence, in addition to a parallel multinational development infrastructure whose sheer scope has also shaped Haitian governance.

“Despite the largesse of these efforts, none has consolidated democratic governance, or more narrowly, electoral dynamics, nor improved the socio-economic wellbeing of most Haitians,” he said.

“Taken together, these variables begin to explain the political, institutional and operational challenges that undermine efforts toward sustainable, coherent, democratic governance in Haiti,” Dr. Fauriol said.

He said they also represent arenas “that depend not only on technical assistance, some of it international, but also on domestic institutions, behavioral commitments and long-term discipline—not easy tasks to achieve.

“What path Haitian political discourse takes in the early months of 2022 will be a key determinant in framing a pathway toward electoral credibility,” Dr. Fauriol said.