“Today for the first time in many, many months I was filled with hope for the future of our great nation when Joe Biden officially became our president-elect and Kamala Harris made history as both the first woman and first black woman to be elected vice president of the United States. Finally, we can begin to put behind us Donald Trump’s reality TV presidency and will have a commander-in-chief who will actually deal with reality, follow the science, and lead us out of the coronavirus pandemic and economic uncertainty that have gripped the United States for nearly a year. 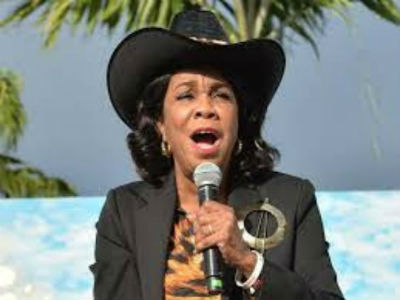 “On a personal note, my heart is especially filled with joy for all of the little black and brown girls in the United States and around the globe who will look at my Alpha Kappa Alpha sorority sister, Senator Harris, and then themselves, and say, ‘Yes, I can.’ I am also grateful to the more than 74 million Americans of every color, gender, age, and income levelwho mailed in their ballots and turned out en masse to ensure their voices were heard.

“When the celebrations are over, there is much work to be done to right the wrongs of the Trump administration and restore the country’s place as a world leader.  In the meantime, I offer President-elect Biden and VicePresident-elect Harris my heartfelt congratulations on this remarkable day in Americanhistory and look forward to working with them in the next Congress, particularly on issues related to social and racial injustice.”