WASHINGTON, DC – United States Virgin Islands (USVI) Congresswoman Stacey E. Plaskett has lauded the passage of the Caribbean Trade Resolution (H.Res 1168) in the US House of Representatives, which reaffirms the economic partnership between the United States and the Caribbean. 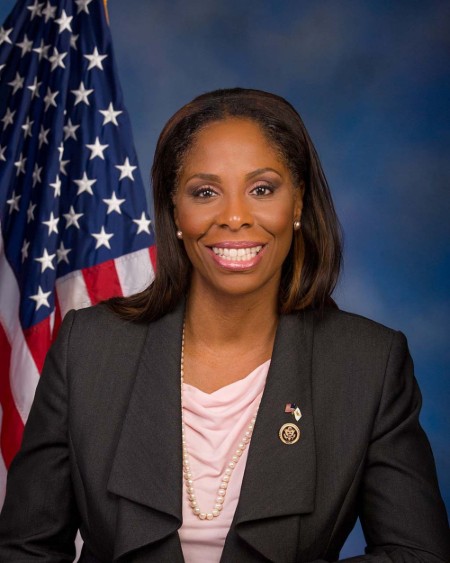 Stacey E. Plaskett“This resolution is the product of a year’s worth of work by my office, and today would not be possible without the bipartisan support of my colleague from across the aisle, Representative Wenstrup, and his leadership, for agreeing with me that it is appropriate for there be a focus on US trade reengagement with the Caribbean,” said Plaskett, a member of the House of Representatives’ Ways and Means, Budget and Agriculture Committees.

“The United States has a duty to support these neighboring nations, and reciprocal trade relations is one of the mechanisms to do that,” added Plaskett, who is currently serving her fourth term in the US Congress as representative for the United States Virgin Islands’ at-large Congressional District.

She said the resolution emphasizes and commits to enhance the economic partnership between the United States and the Caribbean region through strengthened trade engagement, including by promoting equitable economic growth and development across the region, engaging directly with diverse stakeholders from the Caribbean, and supporting “critical”  trade policies and preference programs.

“The Caribbean, along with Latin America, has been severely tried in recent years,” Plaskett said. “According to the International Monetary Fund (IMF), we’ve seen a larger GDP (gross domestic product) contraction from the Caribbean and Latin America than any other region in the world.

“Simultaneously, the per capita deaths from COVID have been greater from the Caribbean and Latin America than any other region in the world,” she added. “Furthermore, many of the islands and countries in the Caribbean have recently experienced severe natural disasters, such as the recent earthquake in Haiti, and numerous other extreme weather events like hurricanes.

Plaskett said the House Ways and Means Committee will now be taking “a hard look at what is needed for the Caribbean.

“As this resolution provides, we will engage with diverse stakeholders, including CARICOM Trade Ministers, policymakers, as well as labor, business, and civil society representatives, to dialogue and develop a shared multilateral trade agenda,” she said.