WASHINGTON, D.C. – The United States Senate has passed the “Haiti Development, Accountability, and Institutional Transparency Initiative Act,”, or HR. 2471, which measures the progress of post-disaster recovery and promotes efforts to address corruption, governance, rule of law and media freedoms in the French-speaking Caribbean country. 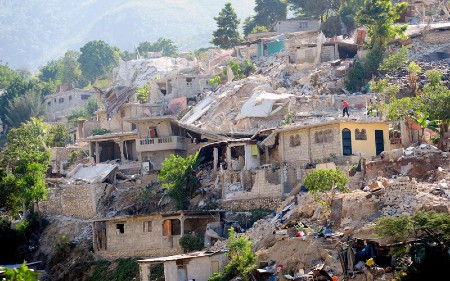 “The Haitian people are strong, resilient, and have overcome adversity time and time again. They have faced extreme instability over the past few years due to concurrent crises including food insecurity, the COVID-19 pandemic and political unrest,” said Senate Majority Leader, Charles “Chuck” Schumer, of New York.

“I have the honor of representing one of the largest Haitian Diasporas in the country (in New York), and I’m proud to have pushed this bill to passage in the Senate,” Schumer told the Caribbean Media Corporation (CMC) over the weekend.

“This bill ensures the United States’ approach to rebuilding and developing Haiti is centered on human rights protections, anti-corruption efforts and reconstruction efforts led by Haitians.”

Schumer said the legislation will specifically direct US policy to build the long-term capacity of the Haitian government, civil society and private sector to foster economic opportunities in Haiti, and work collaboratively with the Haitian Diaspora in the United States to meet these policy goals.

He said the measure will also strengthen human rights and anticorruption efforts in Haiti, and “hold accountable the perpetrators of the La Saline Massacre.”

In addition, Schumer said the legislation will promote freedom of the press and assembly in Haiti; support post-earthquake, post-hurricane, and post-COVID-19 recovery and development in Haiti; report on developments in Haiti; and report on the assassination of President Jovenel Moïse.

The bill was first introduced in April, passed by the US House of Representatives in June, and advanced in October by the US Senate Committee on Foreign Relations.

The legislation now heads back to the US House of Representatives.

“As we begin a new year, the US Senate is sending an important message of support to the Haitian people with the passage of our bipartisan Haiti Development, Accountability and Institutional Transparency Initiative Act,” he said.

“A more secure and prosperous Haiti benefits not just the Haitian people but also our entire hemisphere. With the Senate’s passage of this important bill, we are one step closer to making it law,” he added.

Cardin said the Haitian people “continue to face a long list of struggles in their daily lives, as disasters and tragedies mount.

“We are greatly concerned that a Haitian government that is both unstable and corrupt will allow or enable additional human rights abuses,” he said, stating that the United Nations Children’s Fund (UNICEF) has reported that 1.6 million people in Haiti, including 800,000 children, are in dire need of humanitarian assistance.

“The United States must act with urgency to help our Haitian neighbors emerge from this ongoing crisis.”