NEW YORK, NY – A New York-based Grenada group is calling on the island’s Governor General, Dame Cecile La Grenade, to stop using the royal insignia because of what it alleges is its racist image. 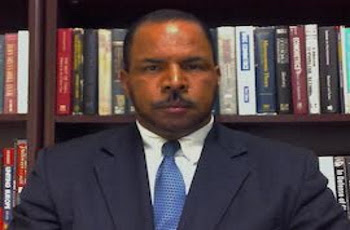 Dr. Paul C. ClementCoordinator of The Grenada 2050 Project, Dr. Paul C. Clement, told the Caribbean Media Corporation (CMC) that the insignia of the Dame Grand Cross of the Order of St. Michael and St. George, worn by Dame Cecile, “depicts the archangel St. Michael trampling the neck of Satan.

“Undoubtedly, this insignia represents nothing more than the white supremacists’ belief that the white man is good and superior, and the Black or dark-skinned man is bad and inferior,” said Clement, a Professor of Economics and Chair of the Department of Social Sciences at the Fashion Institute of Technology, State University of New York (SUNY).

Clement’s interests are in the areas of international political economy and comparative politics. His current research focuses on the politics of regional integration in the developing world (Latin America, the Caribbean and Africa).

Clement said that on the 47th anniversary of Grenada’s independence from Great Britain, on February 7, 2021, Grenadians and allies – both at home and in the Diaspora – met on a virtual forum, titled “Reclaiming Grenada’s Cultural Sovereignty.”

He said the forum was coordinated by The Grenada 2050 Project, and featured a number of scholarly presentations.

During the forum, Clement said there was “spirited discussion over the offensive names and symbols that litter Grenada’s cultural landscape and heritage.”

He said one such symbol is the royal insignia worn by Dame Cecile, the British monarchy’s representative in Grenada.

“Attendees were appalled and disgusted upon seeing the racist image depicted on the medal,” Clement said.

He said as a result of the escalating global rejection of the use of objects and symbols that normalize Black peoples’ continued degradation, The Grenada 2050 Project wrote to the Grenada Governor General, the Head of State, on March 1 “strongly recommending that the Governor-General follow her other Caribbean counterparts and immediately cease using the royal racist insignia of the Order of St. Michael and St. George.”

On both occasions, Clement said The Grenada 2050 Project furnished a copy of the letter to Prime Minister Dr. Keith Mitchell and the President of the Senate, Chester Humphrey.

To date, Clement said The Grenada 2050 Project is yet to receive any response from Governor General La Grenade or any top government official.

“This lack of response is unacceptable, unreasonable and insensitive,” said Clement, urging the Governor-General to “do the right thing and immediately suspend the use of the racist medal.

“Would our ancestors want us to honor and glorify the European racist tyrants who trampled them with more than boots on their necks in our country today? We think not.

“This insignia is offensive towards descendants of our African ancestors, and we, as Grenadians, must stand together to demand that our Head of State reject the use of this racist medal without further delay.

“We cannot stand by any longer and allow our Head of State to perpetuate a history of national oppression, horror and violence,” Clement added.