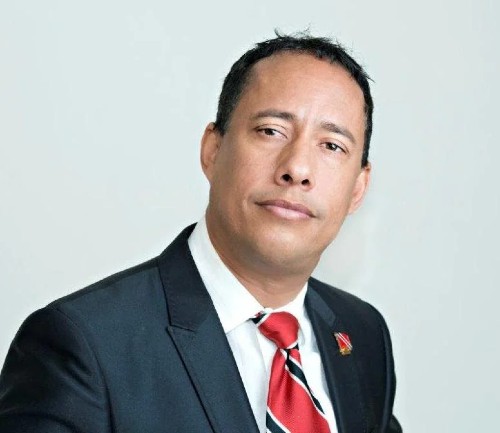 In a post on social media late Saturday, Griffith said that he has started his National Transformation Alliance (NTA) and called for people to become registered supporters. ”

“Being of service has always been a bridge to the light for me and after engaging in numerous conversations, listening to many perspectives and reading your countless contributions, I am, more than ever, committed to the mission of improving our country through transformation and continued national service this time through the National Transformation Alliance, the NTA,” Griffith said.

Our country has noble, progressive visionary, hard-working citizens who desire to fulfil our motto, together we aspire, together we achieve, therefore I invite every citizen of T&T to register your interest and desire to assemble under the banner of the NTA.”

Griffith said this was the start of the process of national transformation.

“For those who share similar views that our nation requires immediate and urgent transformation, this is your bridge to that lighthouse,” he said, showcasing the party’s symbol, a lighthouse over an obscure image of people holding hands.

Griffith who served as Commissioner of Police from August 18th, 2018, to August 17th, 2021, claims that he was improperly removed from office on the basis of unsubstantiated reports of firearm corruption.

Prior to that Griffith served as a national security adviser, government senator and national security minister at different times in the tenure of the United National Congress (UNC)-led People’s Partnership coalition between May 24th, 2010, and February 2nd, 2015.

He also served in the Defense Force for 15 years, reaching the rank of captain.

Griffith, who hopes to become the next prime minister of the twin island republic, is also the holder of a master’s in security management from the Department of Criminology at the University of Leicester, United Kingdom.