KINGSTON, Jamaica – Prime Minister Andrew Holness on Thursday paid tribute to late Jamaica Labour Party (JLP) stalwart and diplomat, Ambassador Anthony Johnson, describing him as “an exceptional humanitarian and statesman who was of unquestionable integrity and had an intense devotion to his country”. 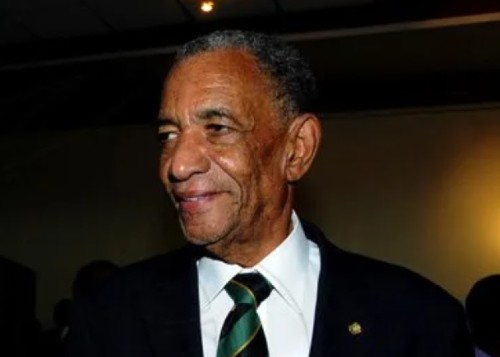 The late Ambassador Anthony JohnsonJohnson, the father of Minister of Foreign Affairs and Foreign Trade Kamina Johnson Smith, died on Wednesday at the age of 82.

“He led a life that can only be described as selfless, having made invaluable contributions to both the private and public sectors and as an educator lecturing at the University of the West Indies for many years,” Prime Minister Holness said in a statement.

“Ambassador Johnson is known in many quarters as an exceptional humanitarian and statesman who was of unquestionable integrity and had an intense devotion to his country…. His passing has left us heartbroken.

“I express heartfelt condolences to his wife and four children… and the rest of his family, as they mourn this tremendous loss,” he added.

Johnson became a member of the JLP in 1980 and was appointed to the Senate before later becoming Member of Parliament for North East St. Catherine where, Prime Minister Holness said, “he served his constituents with great distinction”.

He was also the first Jamaican council member of Parliamentarians for Global Action.

“Ambassador Johnson served Jamaica admirably throughout a storied career in the private and public sector, and academia. He was respected by many for his statesmanship and devotion to his country,” it said in a statement.