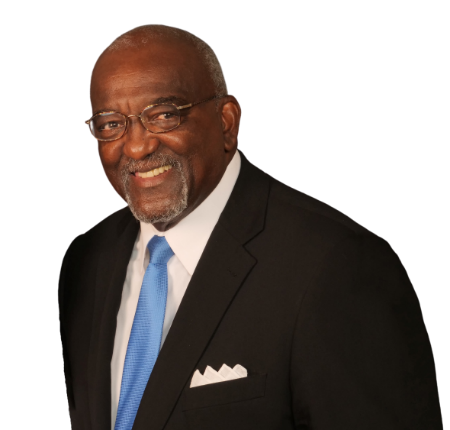 According to the Miami Herald, veteran Miami-Dade Commissioner Moss is the top vote-getter in the primary. “Moss himself is a seasoned elected official, with years of experience on a dais. He knows what it takes to get things done, and he has,” stated the article in The Miami Herald. “Moss, term-limited on the County Commission, has run an alternative program to help minority students in South Dade who were suspended from school, helping them return to the classroom.”

Additionally, the Miami Herald article stated, “Moss says the district should have had a plan to deal with cyber attacks that crippled its pandemic online-learning program last month. He says the School Board was left out of the loop. The School Board needs to be more engaged. Moss also says churches should be brought into the education fold to help parents with struggling students. He proposes a summer session at the end of this school year to shrink the learning gap that is occurring. Both are good ideas.”

The article ended with their official endorsement of Commissioner Moss stating, “Ultimately, Moss has the heft the district needs at this time, for instance, knowing his way around Tallahassee when it comes to working with lawmakers to bring home benefits. For School Board District 9, the Herald Editorial Board recommends DENNIS MOSS.”

“I am proud to support my friend and colleague Dennis Moss for School Board. He combines visionary leadership with real results and a heart of gold, and will be a welcome voice on the School Board,” said Commission Cava. “He cares deeply for South Dade families and will lead with the same passion on the School Board we saw on the County Commission. There is no better champion for families than Dennis Moss, which is why I am excited to campaign together over the next 60 days.”

The union’s endorsed candidates, all newcomers to the school board, have been chosen based on their strong track record as public education advocates and community leaders in Miami-Dade County. M-DCPS currently has three open school board seats on the November 3 general election ballot.

“UTD is proud to endorse...candidates who through their leadership, advocacy and passion for public service have shown a true commitment to providing our community and our children with the high-quality public education that M-DCPS and its educators have been nationally recognized for,” said UTD President Karla Hernandez-Mats.

“It’s an honor to be endorsed by and work with the United Teachers of Dade as we push for the changes our M-DCPS students and teachers need to succeed. The UTD shares my passion for District 9, its schools, students, and residents. During times like this, where we are facing a Coronavirus pandemic, social unrest in our streets, and safety concerns in our schools, I look forward to working with the UTD to bring the experienced leadership that parents, students, and residents can trust”, said Commissioner Moss. “As a School Board Member, I will work alongside the UTD to ensure the physical safety of our schools, ensure that our students are safe from the COVID-19 virus, save traditional and challenged neighborhood schools, refine online distance learning, and implement life preparation skills in our curricula such as employability, entrepreneurship and coding skills.”

Because of his concern for young people from challenged neighborhoods throughout South Dade, Commissioner Moss made it his life's work to dedicate his time, energy, and resources to help them avoid harmful situations. For 36 years, he has worked with an alternative education program he created to positively impact the lives of those who come from areas with few options for a productive future. The program allowed students who were suspended from school to serve out their suspensions in a safe environment and off the streets, where they were likely to get into even more trouble. The students were able to continue their studies to avoid falling further behind academically.

Through this program, Commissioner Moss hired many teachers, administrators, safety personnel, custodians, and other education professionals. The students received breakfast and lunch, and Miami-Dade County Public Schools provided bus transportation to attend the program. The program Commissioner Moss created complied with FTE, FCAT, and other school administration requirements and steered students away from the school to prison pipeline. The program, which was created in 2002, was the forerunner to the school district implementing its countywide student suspension program “Student Success Centers” in 2015. Their program mirrored the program Moss created in many ways. Commissioner Moss retired from the organization in 2018, but volunteered his services for the last seven years of his tenure.  Many of the young people enrolled in his program have gone on to have successful careers.

Commissioner Moss served the youth of South Miami-Dade while also serving as a County Commissioner. He was equally committed to both endeavors. The high profile nature of the commission never caused him to waiver in his commitment to the young people he was committed to helping find a positive path for their lives.