Statement from Dennis C. Moss on The District 9 School Board Race

MIAMI, FL. –  Tonight, Dennis C. Moss, candidate for District 9 School Board seat released the following statement regarding the emergency complaint filed against Luisa Santos in the Circuit Court of the Eleventh Judicial Circuit in Miami-Dade County.  The complaint requests a temporary injunction on Luisa Santos as a candidate for District 9 School Board.  It is alleged that Santos is not a resident of the district. 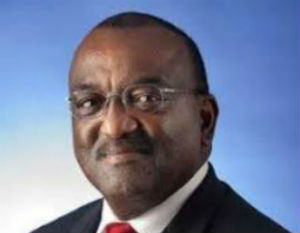 “I did not initiate nor was I a part of the lawsuit against Luisa Santos which calls her residency into question. I am however not surprised that someone has taken this action. I did and still do have my suspicions that she did not live in the district at the time that she filed to run.  These suspicions are based on her address change on documents to reflect residency the day before filing to run.”

The question of Santos’s candidacy has no reflection on the Moss campaign.  “This lawsuit does not benefit me in anyway.  My placement on the ballot is secure.  I would think other candidates who did not make it to the runoff would be very concerned about this issue.  Living in the district you wish to represent is a basic and important requirement.”  Moss has remained a resident of District 9 for 60-years and continues to be a public servant.