St. Vincent Consul General to US Says no Reason Given for His Recall

NEW YORK, New York – After confirming his recall in an official letter circulated to colleagues St. Vincent and the Grenadines Consul General to the United States Howie Prince says the administration of Prime Minister Dr. Ralph E. Gonsalves did not give him any reason or reasons for his return to Kingstown. 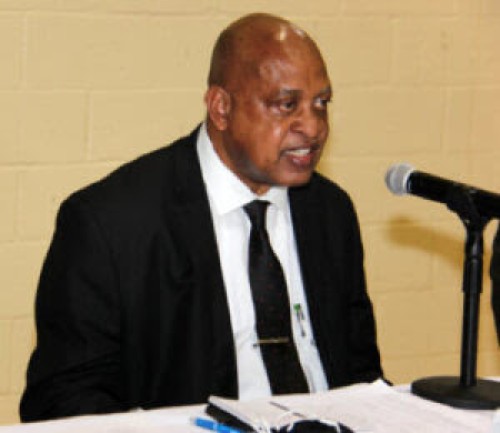 Howie Prince“I was not given any reason for my recall,” Prince, who has served almost six years as Consul General to the US, told the Caribbean Media Corporation (CMC) in an interview on Friday. “Cabinet has the authority to appoint and recall.”

He disclosed that he was on an annual contract that was renewed at the end of May and that, this year, the government sent him a notice in late May that he will be on a “month-by-month until further notice.”

“On 24th June, the Ministry of Foreign Affairs sent notice that the government will recall me, and July 31 will be my last day,” said the New York-based Prince. “I’m grateful for the opportunity to serve. Retirement is what I proceed to do. I turned 60 on May 21. Time to move on.”

In his official letter, circulated widely to “colleagues” in the Diaspora and also dispatched to CMC, Prince said that the administration has replaced him with popular soca artist Rodney “Luta” McIntosh, who has no apparent diplomatic or civil service experience.

“This essentially signals my full retirement from the Public Service after 44 years of unbroken service, except for two and a half years (2010 – 2012 on secondment), working for the UNDP (United Nations Development Program) in Trinidad and Tobago as Disaster Risk Reduction Specialist for Latin America and the Caribbean,” he added.

“I give God thanks and praises for his Grace and Favor on me, thus allowing me to serve my country all these years in so many different capacities …”

He also extended “hearty thanks” to the St. Vincent and the Grenadines’ Ministry of Foreign Affairs for “cordial and professional relationship during my five years and ten months tenure as Consul General.

“My stint here in the USA as CG (Consul General) was made so much easier due to the respectful outreach and partnerships of many organizations and individuals in NYC (New York City) and throughout the USA (too many to be named here),” he said. “Much appreciation to you as you continue to contribute in so many tangible ways to the development of our beloved country. Please continue to rally around the Consulate and the new Consul General.”

Though he will demit office on July 31, Prince disclosed in the CMC interview that he will be on “some paid leave” until end-August, when he will return home.

On immediate return to St. Vincent and the Grenadines, he said he will take “some much-needed R&R (rest and relaxation) for a while” after which he will decide what he wants to do.

In terms of his accomplishments as Consul General to the US, he said he “mended some broken relations between the Consulate and the Diaspora.

“We’ve established relationships with all the groups in the Diaspora,” he said. “I worked with these groups. I gave them letters of credentials to say they’re authentic in what they do to redound to the benefit of St. Vincent and the Grenadines.”

But Prince said the highlight of his tenure was “what we were able to accomplish in relations to St. Vincent and the Grenadines and COVID-19,” stating that “we sent home over 5,000 PPEs (personal protective equipment) – masks, other things, gowns.”

In addition, he said the Consulate General worked with Diaspora groups and businesses in dispatching to Kingstown container-filled relief supplies amid the explosive eruptions of La Soufriere volcano.

Prince also said that, over his tenure, the Consulate was able to secure and dispatch to Kingstown five fire trucks, obtained from Ohio and Kentucky, among other US states.