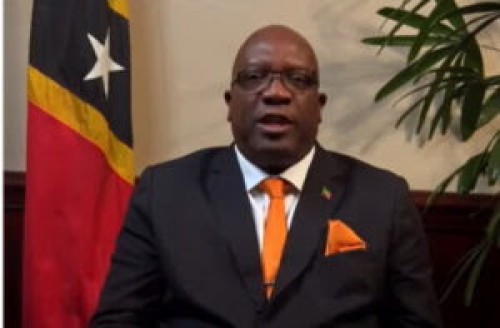 Prime Minister Dr. Timothy Harris (File Photo)“I am pleased to announce that my government has determined that our civil servants, pensioners, and STEP workers will benefit from a significant increase in wages, salaries, and pensions at the rate of ten percent and this shall be retroactive to January 2022,” Harris said in a broadcast marking Labour Day here.

“This is another clear example of our investment in our people as we put more money in the pockets of a large number of our citizens and residents. These resources will translate to increase purchasing power for approximately 4,000 salaried civil servants, 1,064 government auxiliary employees, 1,365 pensioners, and 2,800 STEP workers,” he added.

Harris, who faces a vote of no confidence after several members of his Team Unity coalition filed the necessary documents in the Parliament last week, said the workers engaged with the Skills Training Empowerment Program (STEP) are closer to becoming government auxiliary workers that would allow them to enjoy greater job security.

He said the regularization process will continue apace over the next few months.

“The Select Committee and the Human Resource Management Department have successfully completed the work necessary to facilitate the integration of the first group of STEP workers into the public service as government auxiliary employees. Over the last two weeks, hundreds of people have received letters offering permanent employment with the government.”

Harris outlined other measures that have been implemented by his government to cushion the impact of the high increase in the cost of living including the reduction in the excise tax on the importation of fuel from EC$2.25 (One EC dollar=US$0.37 cents) per gallon to EC$0.95 cents per gallon effective from  April to September this year.

He said the government also granted an increase in the gas station dealers’ margin by EC$0.30 cents and that the fuel subsidy program will be extended for an additional six months.

The income and disability support programs have been extended for an additional three months and will target people who remain unemployed due to job loss from the pandemic, and those whose income have been significantly reduced.

The government said that the duty-free allowance usually permitted in December has been reintroduced from May1 to September 30, and that households will be able to import 500 lbs of food items free of duty and tax.

The government will introduce an eight-month cap on the freight cost used in the calculation of duties and taxes that are paid on the importation of goods.

“This cap will help to moderate the rising prices as a result of increased freight cost. Let me take this opportunity to make very clear this government’s firm expectation that all suppliers must pass on the benefit of this concession to consumers who face rising prices,” Harris said in his Labour Day message.