BASSETERRE, St. Kitts – Prime Minister Dr. Timothy Harris has named eight candidates to contest general elections in St. Kitts-Nevis even though he has not yet announced a date for the poll that has been forced upon him following the collapse of his coalition Team Unity government. 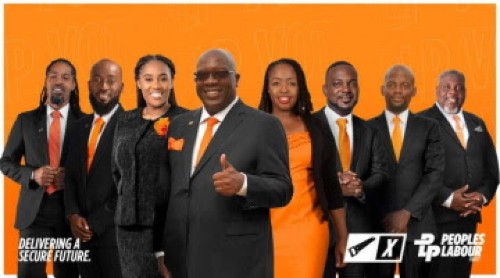 Harris was forced to dissolve Parliament on May 10th paving the way for the general election after PAM and CCM legislators, accounting for seven of the nine seats in Cabinet had filed a motion of no confidence in the Prime Minister, who scuttled that move by firing the dissidents and indicating that he would announce a date for the polls within the stipulated 90 day period.

Earlier this month, churches and non-governmental organizations (NGOs) wrote to Prime Minister Harris urging him to name a date for the general election.

They warned also that a code of conduct should be implemented to ensure “the society is not plunged into election induced chaos” as voters in this twin island Federation prepare to elect a new government.

In their June 8th letter to Harris, the churches and the NGOs listed several issues they want the relevant authorities to take into consideration, including a pre-election period of sensitivity, neutrality in the electoral process, the delay in annou8ncing the election date and the abuse of office.

“You have therefore constituted a Cabinet with less than one third (1/3) of elected representatives of the people. Whilst it may be within your constitutional right, as Prime Minister, to do so, please be reminded that we are a people who have expressly stated in our Constitution that we believe in a true democracy where the voice of the people is paramount.

“The actions of your Cabinet of Ministers, made up of a minority of elected representatives of the people, should therefore be even more sensitive in nature and limited in scope at this time to conform with constitutionally connected conventions.”

They warned that “continued actions in breach of such conventions and fundamental democratic principles will only do harm to our maturing democracy,” reminding Harris of activities that may be deemed as abuse of office.

While the PLP will contest the eight seats on St. Kitts, the PAM and the CCM have announced plans for a coalition of their own and will contest all 11 seats in the twin island Federation.

The main opposition St. Kitts-Nevis Labour Party (SKNLP) has also announced a full slate of eight candidates for the seats in St. Kitts.

The Nevis Reformation Party (NRP) will contest the three seats in the sister isle.