BASSETERRE, St. Kitts – The main opposition St Kitts-Nevis Labour Party (SKNLP), Monday welcomed the announcement of the August 5 general election date, saying it brings to an end “an experiment that has been marked by scandals, corruption and greed. 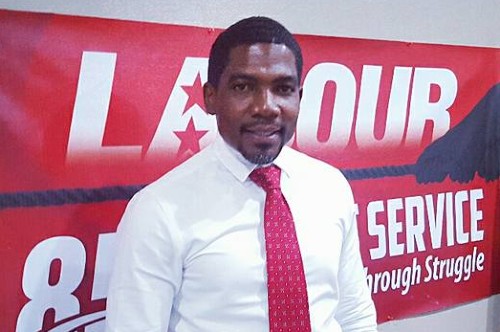 SKNLP leader, Dr. Terrence Drew“Our liberation moment is near, but it will require each one of us, every comrade and every patriot of our beloved country, to take a stand in the fight for the very soul of our country and vote for the St Kitts-Nevis Labour Party on Election Day, Friday, 5th August 2022,” said SKNLP leader, Dr Terrence Drew in a radio broadcast.

Prime Minister Dr. Timothy Harris Sunday night announced the date of the general election during a rally of his People’s Labour Party (PLP), saying also that Nomination Day is July 26.

Harris was forced to dissolve Parliament on May 10 paving the way for the general election after legislators from the People’s Action Movement (PAM) and the Concerned Citizens Movement (CCM)  – two members of the coalition Team Unity government – accounting for seven of the nine seats in the Cabinet had filed a motion of no confidence in the Prime Minister, who scuttled that move by firing the dissidents and indicating that he would announce a date for the polls within the stipulated 90 day period.

The PLP has since announced that it will contest the eight seats on St. Kitts, while the PAM and the CCM have announced plans for a coalition of their own and will contest all 11 seats in the twin island Federation.

The coalition had won re-election in June 2022, but Drew said the seven years in office could be characterized as one of “suppression and oppression of our people.

“Over the last two months our nation has had a front row seat and made the front pages of news across the region and internationally, as the embarrassing spectacle taking place between the warring factions of what was then the unity concoction.

“Our hearts bled as accusations and counter-accusations of corruption, greed and incompetence were callously thrown back and forth, while important matters of state, governance, and the people of St. Kitts and Nevis were neglected and abandoned,” said Drew.

He said he is confident that the SKNLP “can ensure that the year 2022 goes down in history as the year the true patriots of our country took a stand and drew a red line in the sand to say ‘this far and no further, Enough is Enough.

“The time has come for the tragic story of a nation in decline to come to an end. The time has come for our people to choose a better way, A Better Way with the St Kitts-Nevis Labour Party. You have the power to bring about the change you seek, need and desire, to transform our Federation into one of the best places to live, work and retire. Never forget your power.

The coalition Team Unity government had defeated the SKNLP in the last two general elections, but Drew told radio listeners “we know what it takes to build a strong, successful, diversified, climate-smart and innovative economy.

“The St. Kitts-Nevis Labour Party will fight tooth and nail to ensure that the upcoming general elections are conducted in a manner that is free and fair and free from fear. We call on Mr. Elvin Bailey, the Supervisor of Elections, the Hon. Vincent Byron, Attorney General and the Electoral Commission to ensure that the business of the Electoral Office is conducted in accordance with the principles of impartiality and fairness and in full compliance with the laws and procedures of St. Kitts and Nevis”.

He said the SKNLP would also demand that the government issue the traditional invitations for international election observers from CARICOM, the Commonwealth and the Organization of American States (OAS) to monitor and observe the upcoming elections.