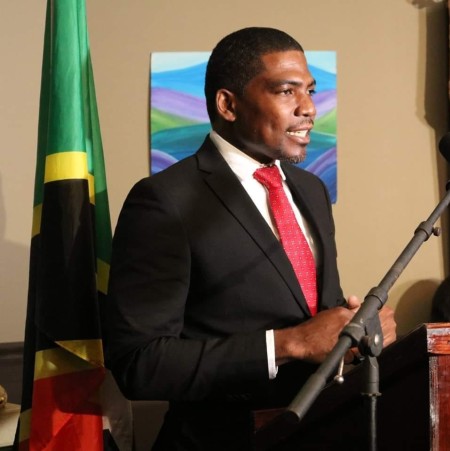 SKNLP Leader, Dr. Terrance DrewIn a statement, Drew said there’s only one avenue through which the dissident factions within the coalition government can resolve the present situation.

“Too much damage has already been done since all Ministers, including the Prime Minister, have openly spoken of the lack of equity and purpose in Team Unity and have hurled accusations and counter-accusations at each of gross incompetence, corruption, and greed.

“There is no turning back from here. The only way to resolve the present situation is to have fresh elections,” he said.

Earlier this week, seven legislators linked to the government of Prime Minister Dr. Timothy Harris wrote to Governor General, Sir Samuel Weymouth Tapley Seaton, indicating that the prime minister does not command the support of the majority of elected members in the National Assembly.

But the Head of State has responded indicating that he is awaiting “formal advice” on the situation and would “revert to you at the earliest”.

Harris has himself called on the population to be aware of “certain misgivings in the public domain with respect to the issues raised by the Team Unity partners.

“I wish to assure you, as your Prime Minister that the country remains stable and every effort will be made to maintain the peace and tranquility of our beloved Federation.

“I have taken steps as Prime Minister to answer the several issues raised by my partners in the Team Unity coalition. I have responded to those issues in writing. I intend to respect the period of mourning. I call on all political actors and parties to exercise restraint and demonstrate good judgment and respect during this period,” said Harris, who led the coalition to its first victory in 2015.

Drew, who last year took over the leadership of the opposition party from former prime minister Dr. Denzil Douglas, the twin island Federation’s longest serving head of government, said that “it is clear from the communications that have been made by the PAM, CCM and PLP that they are at an impasse with no clear expression of a decision to dissolve or resolve.

“Rather, they have chosen to prolong the stalemate by initiating a process that all are qualified enough to be aware will lead nowhere,” Drew said, describing as perplex, the position adopted by the Governor General on the matter.

“The present tensions in the political sphere [have] spilt over into the public square and [have] led to heightened anxiety, anger and uncertainty that have brought our great Federation to a tipping point that, if not arrested soon, will completely destabilize our country.

“Political instability leads to economic instability, a scenario that cannot be countenanced as already our small island nation is reeling from the impact of a global pandemic and the fallout of [the] war in Europe and trade and supply chain disruptions. Our people are frustrated, confused and on edge,” Drew said.

He said that despite the outcome of the various moves by the members of the now fractured coalition government, the only solution now is to allow the electorate to vote in a new government.

“The St. Kitts-Nevis Labour Party is calling for swift action in this direction in order to return our country to a state of stability under new leadership that will truly represent the interests of our people. “For too long, the entire country has been drawn into the unsavory and embarrassing debacle, while for all intents and purposes, our government Ministries and subsidiaries and the entire machinery of the state have been left without leadership, forced to run on autopilot with pertinent matters of state left undone or in abeyance. This cannot and must not continue.”

Drew said that while the unsettled political landscape remains mired in the present situation, “we await a resolution and a way forward for the country”.

CCM leader and Nevis Premier, Mark Brantley, has maintained that Prime Minister Harris does not have the support of the majority of the members in Cabinet, adding that based on legal advice, the Governor General “does in fact have the authority to act and therefore we have invited him to do so”.

Deputy Prime Minister Shawn Richards, who heads PAM, said they will follow the “rule of law and the constitution” adding “we will leave our fate in the hands of the people.

“Whether it’s now, or in 21 days, we once again state that we are united, willing, and ready to lead – and that we are determined to keep the promise,” said Richards, who has already indicated that he is prepared to replace Harris as the head of the government.

“While this may seem on the face of it as a difficult period; we view this as a period of opportunity to reset priorities; to restate principles and to protect this value of unity.”