BASSETERRE, St. Kitts – The St. Kitts-Nevis government says while it is prepared to provide additional technical and human resources to deal with a possible influx of returning nationals for the August 5 general elections, it has nonetheless accepted the recommendations of the COVID-19 Task Force that there be no changes to the existing protocols put in place to stem the spread of the virus. 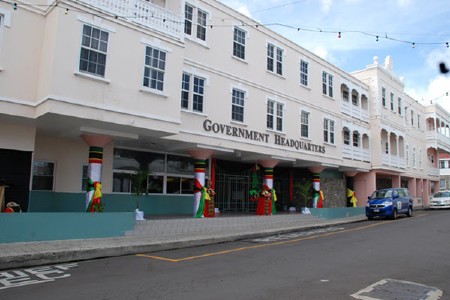 Photoredit: CARICOMSt. Kitts-Nevis is perhaps the lone CARICOM country that has not reduced or lifted any of the measures put in place to deal with virus that has killed 46 people and infected 6,453 others since the first case was detected more than two years ago.

Several Caribbean countries have lifted measures as they re-open their borders and allow for commercial travel.

The opposition parties here have called on the government to lift the protocols regarding the re-entry into the twin island Federation allowing re-turning nationals as has been the tradition to vote in the general elections here.

In a statement, the Cabinet said that it met and approved the recommendation of the National COVID-19 Task Force that there be no change to the existing Health and Travel Protocols that are required by all travelers entering the country.

It said that the National COVID-19 Task Force had met on July 19, following which the Task Force submitted its report to Cabinet outlining “certain recommendations” and seeking Cabinet’s approval.

“In its Report, the Taskforce stated that it continues in its mission to reduce the risk of importation of cases of the novel coronavirus into the Federation of St. Kitts and Nevis while, at the same time, doing everything possible to control and contain community transmission of the virus, and to save lives.

“The Health and Travel Protocols were discussed and it was agreed that the existing protocols will remain in place. The current iteration was introduced on April 1st 2022,” the statement said.

The statement said that the Task force had noted that following the recent Music Festival, when an estimated 3006 visitors came into country under the existing protocols “there were no adverse reports in the handling of any large inflow of passengers into the Federation during the ICC Under-19 Cricket World Cup held in January and that the system had also recently been tested by the Music Festival”.

Under the existing protocols every person entering the Federation, who is a non-national, must be vaccinated. Only nationals and approved legal residents are entitled to enter the Federation without vaccination”.

In addition, visitors must upload a negative RT-PCR test done no later than 72 hours before travel ; or a negative approved antigen test uploaded not more than one day prior to travel;

“Every unvaccinated person entering the Federation must quarantine for seven days and remain in quarantine for that duration. That person can only clear quarantine if their exit test is negative;

Every person who tests positive upon arrival must remain isolated in quarantine for the duration of their illness until cleared by a negative exit test.”

The government said it has therefore approved the recommendations of the COVID-19 Task Force and supports the position that the current entry protocols for the Federation “ remain in place until further notice, in spite of the fact that there might soon be an influx of returning nationals following the announcement that the general elections is scheduled for Friday. August 5”.

The government said it is urging all citizens to be guided by “this directive”.

At least 32 candidates representing six political parties were nominated Tuesday in a carnival style atmosphere to contest the August 5 general election that Prime Minister Dr. Timothy Harris was forced to call three years ahead of the constitutional deadline.

Prime Minister Harris was forced to dissolve Parliament on May 10 paving the way for the general election after legislators from PAM and the CCM – two members of the coalition Team Unity government – accounting for seven of the nine seats in the Cabinet had filed a motion of no confidence in the Prime Minister, who scuttled that move by firing the dissidents and indicating that he would announce a date for the polls within the stipulated 90 day period.