Speculation of an Early General Election in Antigua

ST. JOHN’S, Antigua – The Antigua and Barbuda government will present the 2022 national budget to Parliament on February 3, amid mounting speculation that Prime Minister Gaston Browne will call a general election ahead of the 2023 constitutional deadline. 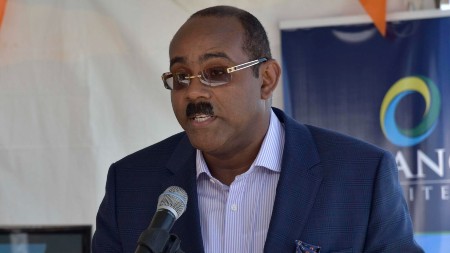 Last year, the government presented an EC$1.4 billion (One EC dollar=US$0.37 cents) fiscal package to Parliament, representing an 18 percent decrease or approximately EC$300 million, when compared to the estimates for 2020.

On Thursday night, the main opposition United Progressive Party (UPP) launched its campaign for the next general election presenting its 16 candidates and campaign message.

“With the unemployment rate estimated around 30 percent, the UPP will create hundreds of new jobs to bring economic relief and improve the livelihood of citizens and residents. Our team is energized and committed to getting people back on track and back to work,” says UPP leader, Harold Lovell, a former finance minister.

But while Prime Minister Browne has been hinting at an early poll, Information Minister, Melford Nicholas, said the UPP is “too jumpy” and appears to be on edge given that the ruling Antigua and Barbuda Labour Party (ABLP) is confident of winning the election.

“I think the opposition party has become a bit jumpy because they’ve realized, if it’s one thing that they know, that the government has a stellar record of responding and providing responses to the development challenges that they are faced with,” Nicholas said following the weekly Cabinet meeting.

“When the elections are called, I can assure you that the government will be muscular,  a term I like to use,  in our response and the contrast between us and them will be made clear for the public and we are not going to be bashful about our achievements.

“All I can say is to the people of Antigua and Barbuda, if it is one thing that we do, we communicate often,  we communicate clearly through these programs and other forums that we use. When the elections are called, we are certainly going to be able to post our accomplishments and our achievements in terms of our call for another successful term to come,” he added.

While no election date has yet been given, Prime Minister Gaston Browne has previously hinted it could be held earlier than next year.

Meanwhile, the statement said that the government will also during Thursday’s Parliamentary session, lay a bill that will allow for an amnesty to be granted to those persons who have allowed their lawful status to lapse and who” have gaps in their lawful status”.