GEORGETOWN, Guyana –Former attorney general Basil Williams, is among a list of persons vying for the leadership of the opposition People’s National Congress (PNC), the largest party in the coalition, A Partnership for National Unity (APNU). 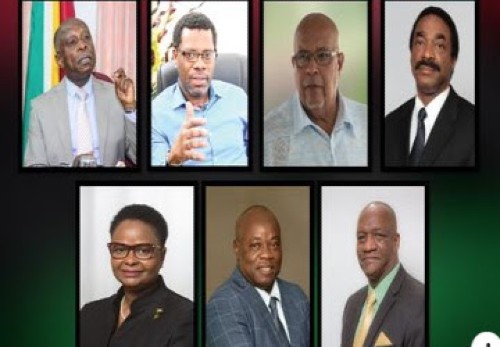 In a statement issued Wednesday, the PNC said that Williams is among seven members vying to replace former leader and head of state, David Granger, who led the coalition into defeat in the controversial regional and general elections in March last year.

Norton, Van West-Charles, and Harmon have already launched their campaigns.

It said that 30 people were also nominated for the position of party vice-chairman and 18 nominations were received for party treasurer.

The PNC said that it will now write to all the nominees so as to get an indication as to whether or not they will accept or decline the nominations. It said also that since several persons were nominated to contest for more than one position, the elections will be conducted in two stages with the result for each stage being declared moving to the next stage.

The party also urged supports to be united ahead of the December 11 convention when the elections will take place.

“As a consequence, its foremost duty at this Congress, as it has been at others, is to promote unity and cohesion. Indeed, the multiple candidates nominated to be elected to the various offices and the opening of this process to the Guyanese public demonstrates the confidence the PNC has in its internal democratic systems. For us, it is an expression of the will of our members and supporters,” the statement noted.