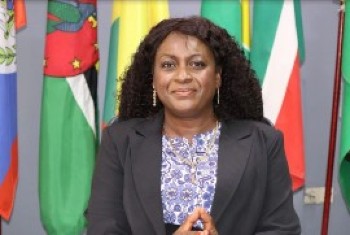 Former Minister of Economic Affairs, Entrepreneurship and Technological Innovation, Saskia Walden.“For some time I have indicated that I will put my wallet at the disposal of the President. The ministers also have the right to return their wallets. I have made use of that right, substantiated in writing,” Walden told Apintie Television.

“I will remain available to the government when needed and will serve the community to help drive sustainable economic development,” Walden said.

McAndrew, who is expected to be sworn in later on Tuesday, has been director of the Suriname Business Association (VSB) and in that capacity, helped shape the introduction of the International Labour Organization (ILO) Decent Work program in Suriname.

At the region level he was involved in the process of the free movement of persons under the CSME that allows for the movement of skills, labor, services and capital across the CARICOM grouping.

In a press release on Monday night, the Suriname Communications Service (CDS) reiterated the government’s position that evaluation is a constant process with further changes would be made, when and where necessary. 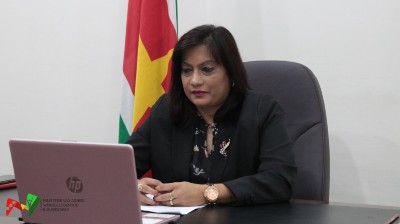 According to the CDS, these evaluation interviews show that there is insufficient implementation capacity at certain ministries.

Earlier this month, President Santokhi confirmed that he would be reshuffling his cabinet amid persistent rumors of an imminent reshuffling of his ministerial team.

“We are working in a good, responsible and correct way. And I think it will be completed within two weeks,” he added.

In the previous reshuffle of his office, Santokhi replaced his wife whom he appointed as acting director of the President’s Cabinet after taking office in July 2020.

Because of this appointment, the head of state was heavily criticized for what was described as a “gross form of nepotism”.

Santokhi said that persons will also be replaced at various supervisory boards, district commissioners and other institutions. He said that this stems from a thorough evaluation that has taken place in recent weeks.