PORT AU PRINCE, Haiti, CMC -President Jovenel Moïse has declared a state of emergency in several areas o the country an effort to stem the upsurge in crime across the country. 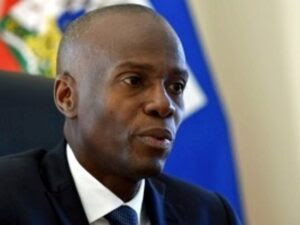 A decree adopted by the Council of Ministers said:  “The state of emergency is instituted in gangsterized areas for one month, during which certain rights can be suspended in neighborhoods concerned, in order to allow the PNH (National Police of Haiti) to regain control of the situation.”

The decree defines the state of emergency as “a situation in which a regime applies restricting certain fundamental freedoms and exceptional powers of the executive which are justified by a situation of proven or imminent national disaster, terrorist attack or serious breach of public order challenging the police and endangering national security and requiring the adoption of urgent measures.”

The implementation of the State of Emergency follows a plea made by the President to Secretary General of the United Nations,  António Guterres.

“This Tuesday, March 16, I had an interview with UN Secretary General António Guterres. I asked the UN for technical and logistical support for the PNH, in order to combat banditry in Haiti and strengthen the poverty reduction program.

“During the said meeting, the UN Secretary General António Guterres and I discussed the issue of the inter-Haitian national dialogue. I remain convinced that through this dialogue we will manage to resolve the current crisis and together build a more just, united and prosperous Haiti,” said Moïse

The call for help follows an appeal made earlier in the week to the Secretary General of the Organization of AMerican States (OAS) Luis Almagro.

The efforts come on the heels of an incident on Friday in the Village de Dieu slum, in the capital, where kidnapping victims are often kept.

Four police officers were killed and eight injured in an attempted raid on the gang stronghold. Their armored vehicles and high-caliber automatic weapons were also seized.

President Moïse denounced the acts as “a declaration of war against society”.