GEORGETOWN, Guyana – President Irfaan Ali has dismissed calls from the opposition for Vice President Bharat Jagdeo to step aside or be fired to allow a probe into the allegations of corruption leveled against him by a Chinese businessman. 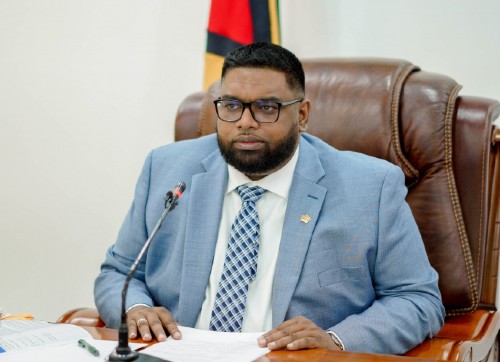 President Irfaan AliBefore departing for Rwanda to attend the Commonwealth Heads of Government meeting, the President said Jagdeo should take legal action against the news agency and the journalist who filed the report.

“Absolute rubbish, as I said before there is not a shred of evidence with the greatest use of deception and secrecy to implicate the Vice President in any wrongdoing. The attempts by Norton to score cheap political points on a non-issue are part of his desperation in light of the tremendous strides of the Government”, President Ali said.

The Opposition believes that there should be an independent international probe following the allegations made by the Chinese businessman.

Ali said the government is focused on delivering a prosperous Guyana for and he is not interested in the “sideshows and baseless targeting.”

The President added that Jagdeo “enjoys my full confidence”.

Meanwhile, Jagdeo has indicated that he intends to take legal action against the Chinese businessman who made the claims and who he considered a close friend.

The Vice President has repeatedly indicated that the allegations against him are false.