BRIDGETOWN, Barbados –The first set of votes in the snap general election called by Prime Minister Mia Mottley were taking place on Wednesday as the three main contenders for control of the 30 seat Parliament romped up their campaign ahead of January 19. 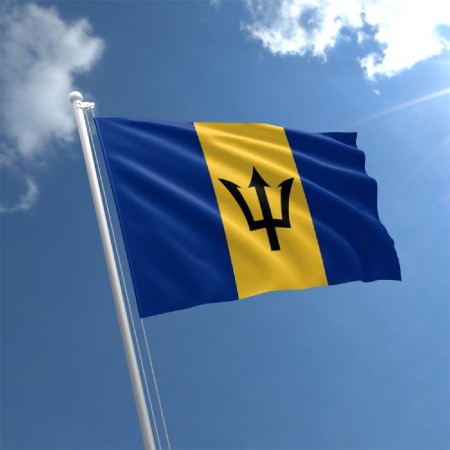 Police officers and other election day workers were casting their ballots at polling stations across the island’s 30 constituencies. The polls will close at 5.00 pm (local time).

Electoral official said that the voting was taking place strict coronavirus (COVID-19) protocols including the wearing of masks and social distancing.

A total of 108 candidates, representing seven political parties and nine independents are contesting the poll that Prime Minister Mottley said was necessary to bring about unity in the country.

Mottley had led the ruling Barbados Labour Party (BLP) to a clean sweep of all 30 seats in the 2018 elections, but Bishop Joseph Artherly, the leader of the newly formed Alliance Party for Progress  (APP), quit the BLP to serve as Opposition Leader during the three and a half year term of the Mottley administration.

Political observers say the contest will be a straight fight between the BLP and the Democratic Labour Party (DLP) that was removed from office in 2018.

Speaking at the launch of the party’s 20 candidates on Tuesday night, the APP leader said that, if victorious, the party would seek to empower poor people and improve upon the democratic rule here He outlined a 10-point road map which the APP hopes will be instrumental in this endeavour. The plan includes a governance model that works; a growth model that results in shared prosperity for all; as well as a system that allows for obvious and fair access to treatment and redress in legal, social, economic and justice matters.

“The philosophy for the Alliance Party for Progress is we must move beyond being stewards and become owners in Barbados. So, the pursuit of mass-based ownership in Barbados is a premium objective for this party. And that is a commitment we make to you – the building out of a democracy in which power, in real and actual terms, resides in the hands of the people. That is what republic means; democracy also implies that,” Atherley said.

Former prime minister Freundel Stuart, campaigning on behalf of the DLP, warned Barbadians that they could be in for a rough ride, should the BLP be returned to office and their socio-economic policies are continued.

He said the International Monetary Fund (IMF)-financed Economic Recovery and Transformation (BERT) plan, in conjunction with the large amounts of loans over the government’s short term in office had given citizens a false sense of security which will fall apart when the debts are up for payment.

“They (IMF) have not come here to be any do-gooders, they are lenders of money and they must get it back. That is what we are going to have to deal with in Barbados when the time comes. If a country is in an IMF programme, no rating agency, I don’t care where it comes from – Standard & Poor’s, Moody’s, any of the others – no rating agency will go into that country and downgrade its credit rating, because that will be another way of saying that the IMF does not know what it is doing,” Stuart told supporters.

He said the Mottley government had betrayed the island politically and engaged in spectator sports during its current campaign, at a time when the country still faces one of its most daunting economic periods.

“You are the worse off in Barbados tonight, the rule of law is under threat in Barbados tonight, as a result of the vandalism of the Barbados Labour Party. It started in June 2018 at the opening of Parliament, and the slide right down has continued…. We are on Gadarene slopes, sliding downwards,” Stuart said.

But Prime Minister Mottley has urged Barbadians to return her party to government reminding them that she needed the country to unite behind one leader.

Quoting the BLP’s campaign song that instructs voters not to “stand home vex” but to give her the “x”, Mottley told supporters that she was “breaking it down” for them.

“You know them ain’t ready yet, but I talking about us. What I need from you, what my team needs from you, is a proper mandate . . . . We need people to come out . . . you can’t take no chances. You gine play that you vex wid somebody and end up with a hangman’s noose around your neck if the Dems win. I never see such foolishness in my life,” she added.