NEW YORK, New York – A Haitian-American legislator here has spearheaded a letter written by more than a dozen of her New York City Council colleagues asking United States President Joe Biden to proclaim May as Haitian Heritage Month in the US. 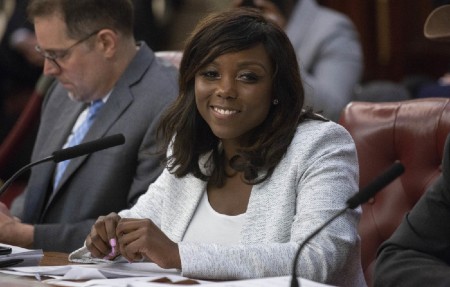 “Haitians make up one of the fastest-growing racial and ethnic groups in America. We write to ask you to proclaim May as Haitian Heritage Month in recognition of our rich culture, heritage and contributions to the United States,” the letter to Biden states. “From the dawn of our nation’s independence, Haitians have planted and watered the seeds of freedom near and far.”

The letter noted that in 1779, 800 troops from Saint-Domingue (modern-day Haiti) formed an alliance with Union troops to defeat the Confederate Army during the American Revolution.

“Shortly, thereafter, General Jacques Dessalines led former slaves to liberation when he freed Haiti from French colonial rule in 1804, making the nation the first free Black republic in the Western Hemisphere. Today, Haitian-Americans continue to prove essential to America, serving as doctors, nurses and home health aides during the height of the pandemic and beyond.

“Haitian-Americans are a key part of the fabric of this nation. By proclaiming May as Haitian Heritage Month, you will be helping us author the next chapter of our story,” it added.

“You have rightfully designated May as Asian Pacific American Heritage and Jewish American Heritage Month. We ask that you consider our request to honor our families and ancestors with an equally appropriate designation,” the legislators said.

Bichotte Hermelyn, who chairs the Brooklyn Democratic Party, told CMC that the resolution in the New York State Assembly was co-sponsored by 15 members of the Assembly.

“We are a people that have been fighting for our freedom for generation after generation, including in America,” said Bichotte Hermelyn, speaking from the Assembly Chamber and referring to the period in 1779 when Haitians fought alongside the Union in the Battle of Savannah in Georgia. “We saw the beacon of freedom that America promised, and we helped seize it.”

Bichotte Hermelyn, who represents the 42nd Assembly District in Brooklyn, said the designation of Haitian Heritage Month commemorates Haitian heritage and culture, including the French-speaking Caribbean country’s notable leaders, such as Jean Jacques Dessalines, who defeated Napoleon and the French colonists at the Battle of Vertières in 1803, and General Toussaint Louverture, who commanded his revolutionary army to victory.

Other Haitian leaders included female revolutionaries like Marie-Jeanne Lamartinière, who fought as a soldier in the Indigenous army, and Catherine Flon, a nurse, who is credited with crafting the independent Black Republic of Haiti flag in 1803.

Bichotte Hermelyn also alluded to Jean Baptiste Dusable, the first settler of Chicago, also known as the “Father of Chicago”; Jean-Michael Basquiat, one of the defining artists of the 20th century; Jackson Georges, a painter; and modern-day leaders like actor Jamie Hector and reporter Vladimir Duthiers.

Other Haitian holidays recognized by New York State include Haitian Flag Day and Haitian Unity Day, which are celebrated May 18.

“Although this has not been an easy time for Haitians, we are resilient,” said Bichotte Hermelyn, also noting Haitian-American’s contributions in the health care field.

“We celebrate the nature of our people to serve as health care heroes: a great number who served on the frontline during the worst days of the pandemic as doctors, nurses and home health care aides,” she said.