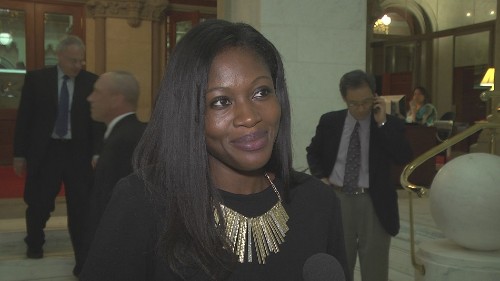 “With Assemblymember Richardson heading to Brooklyn Borough Hall, I am declaring a special election to fill this vacancy and ensure representation for the residents of the 43rd Assembly District,” Governor Hochul said.

“Central Brooklyn has been exceptionally well-served by Assemblymember Richardson, and the entire borough will be better off for having her in Borough Hall,” she added. “The residents of the 43rd Assembly District will make their voices heard next month, and I look forward to building a productive working relationship with their next representative.”

In her new role, Reynoso, a former New York City Council Member, said Richardson will be focused on addressing food insecurity, reducing gun violence, and supporting Brooklyn’s Community Boards and ensuring they are reflective of the communities they serve.

Since 2015, Richardson served the 43rd Assembly District in Central Brooklyn.