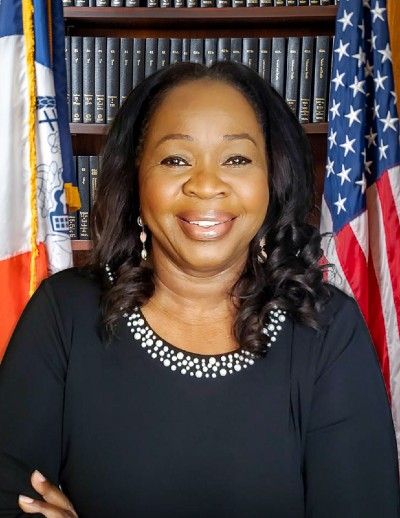 Justice Sylvia O. Hinds-Radix“This coalition stands together to oppose Alabama’s effort to dilute Black votes to limit the ability of people of color to meaningfully participate in the political process,” said Hinds-Radix, New York City’s chief lawyer, who was appointed to the position in January when Adams became mayor.

“For decades, New York City has successfully redistricted against the backdrop of the Supreme Court’s longstanding interpretation of the Voting Rights Act to make our electoral processes more representative of all the members of our communities.

“We urge this court not to let Alabama rewrite the law and reverse decades of progress we have made promoting racial justice and equity.”

Adams said that The City of New York joined the brief in an effort to support Alabamians fighting against the implementation of a newly-drawn congressional districting map that dilutes Black votes in violation of the Voting Rights Act.

The respondents in the case argue that the state’s new electoral map “packed” Black voters into one congressional district and diluted them among three other districts in an effort to avoid drawing a second district where Black voters could elect their candidate of choice.

A district court previously ordered a new map to be drawn, but the Supreme Court — in a 5-4 vote — paused that order following an appeal by the state of Alabama, leaving the map with only one majority-Black district in place for the 2022 elections. The Supreme Court is scheduled to hear the case this fall.

“Voting is the most fundamental right, and so whether in New York, in Alabama, or anywhere else across the nation, we stand united against any attempts to dilute the votes of Black Americans and disenfranchise millions,” said Mayor Adams.

“For years, the Voting Rights Act has served as a key safeguard against racially gerrymandered redistricting maps that reduce the voice of Black voters.

“Alabama’s new congressional districting map is a clear violation of the law, which is why New York City is joining this fight and standing up for voting rights nationwide,” he added.

The amicus brief asserts that Alabama’s proposed districting plan — which splits two of the state’s principal majority-Black communities of interest — is a “textbook example” of a redistricting plan that denies minority voters equal access to the political process.