Joe Harmon Resigns as Member of Parliament in Guyana

GEORGETOWN, Guyana – Former opposition leader, Joe Harmon, has announced that he will be walking away from politics. 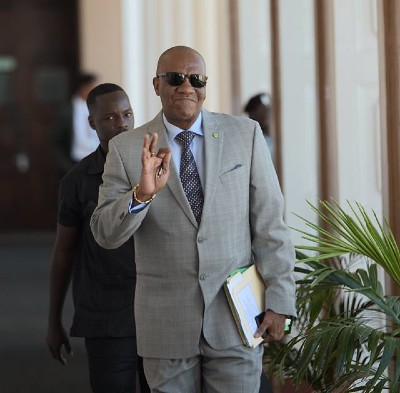 Former opposition leader, Joseph Harmon (photo courtesy of Guyana DPI)According to News Source Guyana, Harmon, who is currently the outgoing APNU General Secretary, Joe Harmon has decided to leave the National Assembly and submitted a letter of resignation as a Member of Parliament for the APNU+AFC Coalition.

It’s reported that Harmon on Friday, handed his resignation letter to the Speaker of the National Assembly and his party’s leadership as well as to the leader of the coalition’s candidates list – stating that it will take effect on March 15.

Harmon was elected Leader of the Opposition in 2020 just after the APNU+AFC Coalition found itself in the opposition benches in the Assembly following the 2020 elections, which saw the People’s Progressive Party. being returned to office.

Harmon’s stint as Opposition Leader lasted for 17 months and he resigned following a defeat in his quest to become leader of the People’s National Congress Reform, which is the largest party in the coalition.

During the coalition’s time in office between 2015 and 2020 Harmon served as Minister of State, with several portfolios in the Office of the President. He was later appointed Director-General of the Ministry of the Presidency after he was forced to resign as a Member of Parliament because of his dual citizenship status at the time following the no-confidence vote against the coalition government.

In the lead-up to the 2020 elections, Harmon surrendered his US Citizenship to be eligible to run as a candidate in the elections.

In February, Member of Parliament Nicolette Henry indicated that she will be leaving the National Assembly at the end of March.