KINGSTON, Jamaica – The leader of the main opposition People’s National Party (PNP), Mark Golding has praised the commitment of legislator, Lisa Hanna, to Jamaica, following her shocking announcement that she was leaving representational politics. 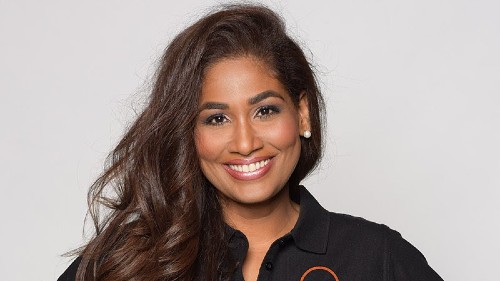 PNP’s spokesperson on Foreign Affairs and Foreign Trade, Lisa Hanna“Comrade Hanna’s commitment to Jamaica remains an inspiration to our youth and those looking to enter representational politics. I look forward to continue [to] working with Comrade Hanna on areas in which she is passionate and has achieved significant results,” Golding said in a statement.

Hanna, 46, the PNP’s spokesperson on Foreign Affairs and Foreign Trade, first became a parliamentary representative in 2007, after being invited by former PNP president Portia Simpson Miller to join the party and be the standard bearer for St Ann South East in the general elections that year.

But in a video posted on her social media platforms, Hanna sought to make it clear that she will use other means to serve the country.

“The truth is there’s lots that I could do, but I would not want to betray my core principle and my core philosophy – which is really serving the people of Jamaica and my country. That is my moral compass because I want to see our country do better.”

She told her supporters that she would venture into an area that would help Jamaica build trade and improve the country’s value-added trade of products and exports.

“I would find areas that would help our humanitarian efforts, particularly in rural Jamaica, to help people with water, for example,” Hanna said, noting that politics is not the only way that a person can serve their country.

“There’s several other areas, and those opportunities exist,” she said, expressing gratitude for the outpouring of support from the public following her announcement.

In her letter to Golding announcing her decision, Hanna, who was crowned Miss World 1993, becoming the third Jamaican to win the title, said she would not be offering herself as a candidate for the PNP for the next general election.

“I have always been a champion of change and having the courage to do what’s right even when it’s not expedient or self-serving, as I believe courage has an obligation to pave new roads for the generation coming behind us.

“As such, I have recently decided to conclude my current journey in representational politics at the end of this term,” she wrote, adding that she will remain available to serve at Golding’s consideration in the Shadow Cabinet as Spokesperson on Foreign Affairs and Foreign Trade.