NEW YORK, New York – The Metropolitan Black Bar Association (MBBA), a unified association of Black and other minority lawyers in New York State, has announced the commencement of the term of its Jamaican-American President Carl Forbes, Jr. 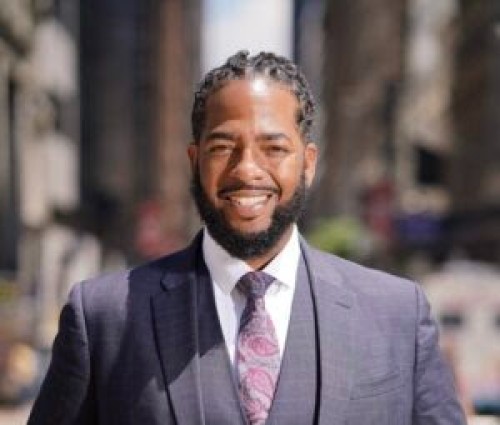 Forbes, a Brooklyn, New York resident, has been a member of MBBA since 2011 and has served on the MBBA’s Board for the past five years.

Forbes recently held the position of president-elect under the tenure of the Immediate Past President Anta Cissé-Green, in addition to serving as co-chair of the Solo and Small Firm Division, from July 2020 to June 2022.

Previously, Forbes served as a director from July 2017 to June 2020 under the tenures of past Presidents Paula T. Edgar and Jason M. Clark.

“It is a tremendous honor and privilege to serve as president of the Metropolitan Black Bar Association, New York State’s largest predominantly-Black bar association,” Forbes told the Caribbean Media Corporation (CMC). “I welcome and congratulate our newly elected officers and directors, whom I and the returning directors look forward to working closely with to serve our members and the community.

“My administration looks forward to continuing the MBBA’s mission of advancing equality and excellence in the pursuit of justice,” he added. “From Buffalo to Uvalde, and far too many places in between, hate has been allowed to fester and cause horrific tragedies. It is time that changes.

“While the federal government has been slow to act, we cannot be disheartened and must continue to push for change,” Forbes continued. “Our roles as attorneys and leaders require that we advocate for social justice and the end of mass gun violence.

“We must continue the fight for the rule of law and the search for justice,” he said. “Our fight is fueled by the hope we are given each day when a monumental feat is accomplished: the historic confirmation of Justice Ketanji Brown Jackson as the first Black woman to sit on the United States Supreme Court; the long-overdue passage of the Emmett Till Antilynching Act; the recognition of Juneteenth as a federal holiday; the convictions of the three men who committed a racially motivated hate crime when they murdered Ahmaud Arbery; the conviction of the police officer who murdered George Floyd; and the appearance of three Black women justices,  Associate Justice Wavny Toussaint (Trinidad and Tobago-born), Associate Justice Chereé Antoinette Buggs, and Presiding Justice Michelle Weston (Trinidadian-American), on a bench hearing cases together in the New York Supreme Court, Appellate Term, Second Judicial Department.”

Even so, Forbes said Black Americans face “a cruel reality rooted in systemic oppression: we remain the target of unjust policing and incarceration, are subject to racial health disparities, and have yet to realize the economic equity promised by the American Dream.”

He said his theme for this Bar Year is “Expanding our Reach,” which, he said, “we will achieve by enhancing the resources and education we provide to our members, broadening our legislative and public policy advocacy, deepening our service to the community, and protecting our mental, emotional, spiritual, and physical health.

“These goals can only be accomplished through the collective support of our members and partners because many hands make light work,” Forbes said. “If you are not already a member, I encourage you to become one today.”

The MBBA is New York State’s largest predominantly Black bar association whose purpose is to advance equality and excellence in the pursuit of justice, aid the progress of Blacks and other people of color in the profession, address legal issues affecting the citywide community, and to foster the study of law by encouraging the personal and professional development of young lawyers and law students.