KINGSTON, Jamaica – The Jamaica government says a Constitutional Reform Committee (CRC), to include representatives from the government, the parliamentary opposition, relevant experts, and the wider society, is to be appointed to ensure the country’s smooth transition to a Republic. 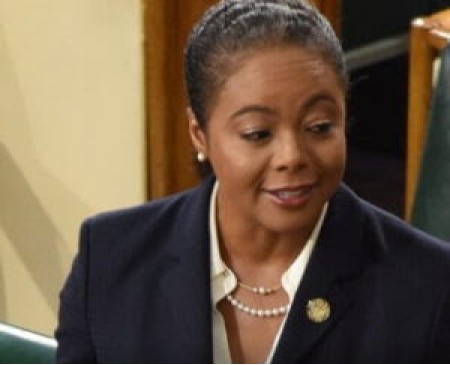 “This includes the 2011 Charter of Fundamental Rights and Freedom, as well as recommendations for reform made through the various constitutional reform commissions and committees in the past, ultimately, to implement an ambitious reform agenda, settled by consensus,” said Malahoo Forte said.

She told legislators on Tuesday that she has written to the Leader of the Opposition, Mark Golding, requesting that he name two members of the parliamentary opposition to the Committee, which is now being constituted.

She said Golding is of the view that the relevant parameters for Jamaica to become a republic have already been agreed on by the two major political parties, arising from the extensive constitutional reform consultative processes over the past 25 years and the requisite legislative research that has already been done.

“It is true that much work has been done. But it is also true that important substantive issues are yet to be settled, and these are the more difficult issues because not only government and parliamentary opposition must be on same page, but the people. I think collectively, as a nation, we need consensus on the direction we want to go in. It doesn’t now exist,” Malahoo Forte added.

To amend the procedure, a referendum is required, which she said will, hopefully, be held by the next general election.

The Legal and Constitutional Affairs Minister said the reform work will involve a thorough and comprehensive review of the 1962 Constitution of Jamaica, as the country has to determine the extent to which the existing structure of government ought to be modified or preserved.

“In the same way that, for very practical purposes, all that existed prior to Independence could not be got rid of, we cannot now get rid of all that we have. The same dilemma that we faced between the desire for change and the necessity for continuity, is being faced now. We must not lose sight of the fact that Jamaica boasts a high degree of stability in its democracy, which should never be taken for granted,” she told legislators.

Meanwhile, Mrs. Malahoo Forte noted that there are many steps to take between now and the tabling of a new Constitution, adding that she will advise when the Committee is fully constituted and keep everyone up to date on the progress made.

She said that it is her intention, in leading the process, to work assiduously to place something before the Parliament.

Jamaica has been signaling its intention to replace the British monarchy and establish Jamaica as a republic.