I am More Optimistic Than Ever

I congratulate Reverend Warnock on his groundbreaking win last night and it appears that when the count is complete, Jon Ossoff will also be victorious. 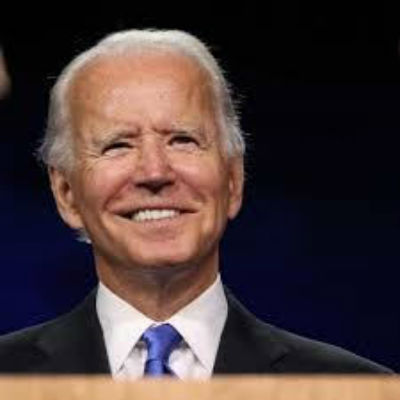 This is a victory for the people of Georgia, who turned out in record numbers once again, just as they did in November, to elect two new Senators, demand action, and call on our elected leaders to end the gridlock and move us forward as a nation. These victories would never have been possible without the help of Stacey Abrams and Keisha Lance Bottoms, who have laid the difficult groundwork necessary to encourage turnout and protect the vote over these last years. And I want to thank the local and state election officials and poll workers who yet again in a pandemic, with historic turnout, and under immense political pressure, upheld their duty to hold a free and fair election.

Georgia's voters delivered a resounding message yesterday: they want action on the crises we face and they want it right now. On COVID-19, on economic relief, on climate, on racial justice, on voting rights and so much more. They want us to move, but move together. It looks like we will emerge from yesterday's election with Democratic leadership in the House and the Senate, and of course I'm pleased that we will be able to work with Speaker Pelosi and a Majority Leader Schumer. But I’m also just as determined today as I was yesterday to try to work with people in both parties -- at the federal, state, and local levels -- to get big things done for our nation. I have long said that the bipartisan COVID-19 relief bill passed in December was just a down payment. We need urgent action on what comes next, because the COVID-19 crisis hits red states and blue states alike.

And I intend to work with the next Majority and the Minority Leader to move forward with key Cabinet nominations even while the Georgia results are confirmed. My nominees for critical national security positions at State, Defense, Treasury, and Homeland Security have bipartisan support and have been confirmed by the Senate before. They need to be in their jobs as soon as possible after January 20th.

After the past four years, after the election, and after today’s election certification proceedings on the Hill, it’s time to turn the page. The American people demand action and they want unity. I am more optimistic than I ever have been that we can deliver both.