NASSAU, Bahamas – A High Court judge Monday night agreed with the Bahamas government that a strike by hundreds of airport workers was illegal and ordered them back to work. 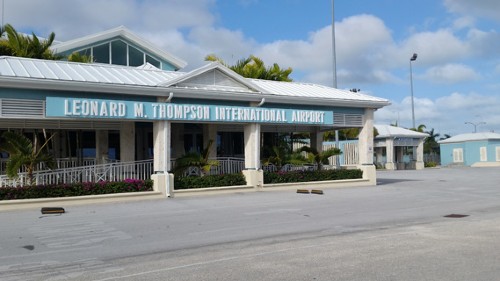 (File Photo)As a result of Justice Denise Lewis-Johnson ruling, more than 200 workers from the Bahamas Airport Authority in New Providence and the Family Islands who had called in sick on Monday, are expected to report for duty.

Labour Minister Keith Bell had earlier described the industrial action as “illegal” warning there could be repercussions should the workers fail to report to duty.

He said anyone who is found in contravention of the Industrial Relations Act could be liable to a fine of up to US$200 or a prison sentence not exceeding three months or both.

“There are a little over 200 employees assigned to New Providence. Approximately 90 per cent of them did not report to normal duties who should have reported to work,” Labour Director Robert Farquharson told a news conference.

“In addition to that, there are approximately 107 employees in the Family Islands in over 17 airports that did not return to work.”

The workers, including firefighters and airport screeners, are protesting outstanding payments, a stalled industrial agreement and other unresolved workplace grievances.

“While the lines are long, they are processing passengers both at the domestic and international terminals here at the Lynden Pindling International airport,” Farquharson said.

The workers are being represented by the Bahamas Public Services Union (BPSU) and Farquharson said the government has to date paid out US$851,000 to airport employees, most of whom are on the Family Islands.

He said the government is also addressing the remaining outstanding payments and other issues, which have since been referred to the Industrial Tribunal.

Tourism, Investments and Aviation Minister, Chester Cooper, described the workers’ action a “regrettable” one and said the government did not believe they were acting in good faith.

“I do not consider this act to be in good faith. We’ve asked the union to compromise and be of good patience. We’ve asked them to work along with our administration and to come to an agreement considering fiscal circumstances of the country,” he added.