GEORGETOWN, Guyana, – The Guyana government says it has not promised any increase in wages to sugar workers who last weekend downed tools in support of their claims as well as a pending agreement between the Guyana Sugar Corporation (GuySuCo) and the Guyana Agricultural and General Workers Union (GAWU). 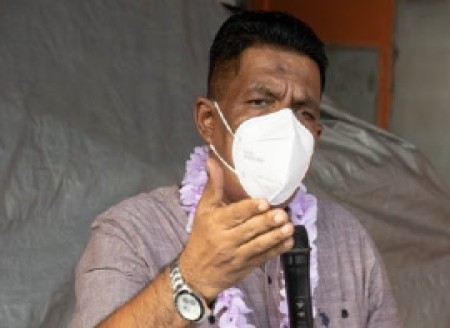 He said that the government is awaiting a report from the GuySuCo chief executive officer, on the stalemate with Uitvlugt sugar workers over benefits.

Mustapha said the agreements on wages and salaries are ultimately the responsibility of GuySuCo and GAWU and “as a government, we don’t interfere with management and union negotiations.”

Mustapha said GuySuCo’s ability to pay the increases would take into account investments it has made since August, to revitalize the estates.

“We have been putting funds in GuySuCo over the last nine months to develop GuySuCo, recapitalize GuySuCo. As a matter of fact, we are starting to see results already from some of the estates,” the Minister said.

The Albion and Blairmont estates were lauded for making three additional days of pay due to the enhancement of the factories through critical capital works.

“Our commitment was to ensure that we reopen the closed sugar estates. We are working aggressively to do that.”

Mustpha said that the government hopes to have operations resumed at Rose Hall by the second crop of 2022, while assisting Skeldon and Enmore.

He said further that plans are also on-stream to establish infrastructure such as roads, to facilitate quicker delivery of canes from the fields to the factories.

Under this year’s budget, two billion dollars (One Guyana dollar=US$0.008 cents) has been allocated to GuySuCo as part of the government’s efforts to diversify the sugar industry.