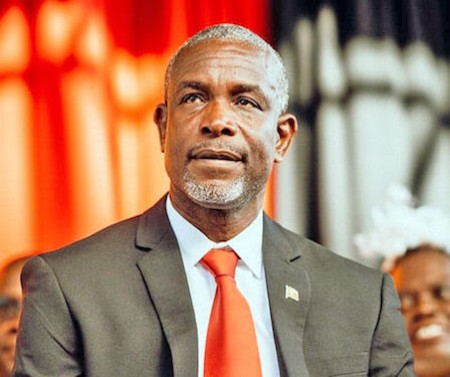 Foreign Minister Joseph Andall“In the field of foreign relations, we know that traditionally we look towards North America, Europe or our Caribbean sisters and brothers unfortunately to a lesser extent,’ he told a town hall meeting in New York on Sunday.

“The world is bigger and wider than that and our government is committed to deepening and widening our relationships with the rest of the world, and to that extent, we are going to make very deliberate attempts to cultivate relationships with the mother continent – our sisters and brothers in Africa,” he added.

According to the United Nations, there are 54 African countries including Nigeria, Ghana, South Africa, Togo, Kenya, Zambia, Chad, Senegal, the Gambia, Algeria and Uganda.

Joseph told the meeting that the new government, which came to office following the June 23 general elections, will also be looking to strengthen the diplomatic relationships with states in Central and South America.

“A few years ago, CARICOM made a decision to make Spanish the official second language of the CARICOM region, yet we have done very little to cement and then establish relationships with our brothers and sisters in central and south America.

“This is going to be an area of focus for this NDC (National Democratic Congress) administration going forward,” he told the meeting attended by Grenadians living in the North American country.